Bbnaija ‘Shine ya eye’ housemate, Hazel Oyeze Onou, better known as Whitemoney, has emerged the winner of the sixth season of the most watched reality show in Africa.

The 29-year-old businessman from the Eastern part of Nigeria was announced winner on Sunday, October 3.

It had been predicted that Whitemoney would win the show because during his time on the show, he gathered a lot of fanbase and celebrities also cheered for him.

Whitemoney walks away with the grand prize worth N90m and joins the list of other Bbnaija show winners which includes Laycon, Mercy, Miracle, Efe and Katung Aduwak.

As the show’s winner, he will get a N30m cash prize, cash in Abeg digital wallet, bitcoins courtesy Patricia, one two-bedroom apartment courtesy RevolutionPlus Property, a top of the range SUV from Nigerian automaker, Innoson Motors and a trip for two from Travelbeta

Others among the top six contestants were Liquorose, Pere, Cross, Angel and Emmanuel.

Watch the moment he was announced winner:

A post shared by The Tattle Room 🇳🇬 🌎 (@thetattleroomng) 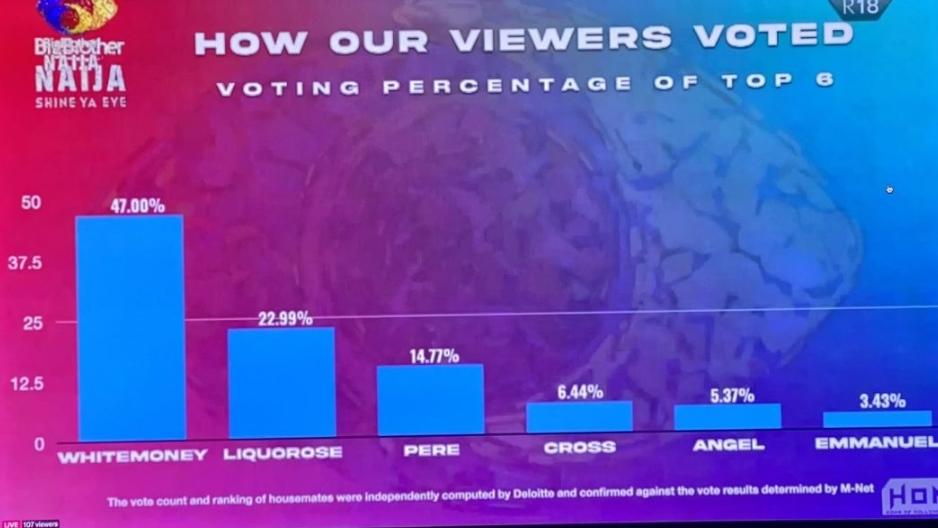 Happy Democracy Day From Us!