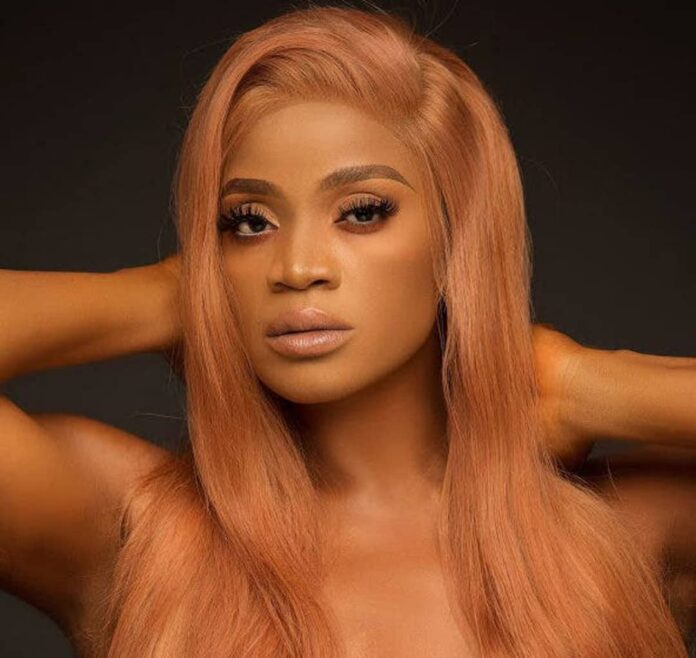 Popular Nollywood actress, Uche Ogbodo who was recently blasted for getting pregnant for a younger man has come out on social media to narrate why she took that action.

The actress posted a video of herself on her Instagram page explaining why she decided to get prepregnant for a younger man.

She narrated that she had dated men older than her but they end up leaving her “emotionally broken” and that lowers her self-esteem.

She revealed that being with older men did not give her the happiness she desired.

She also made reference to her ex who is her child’s father. She said she was emotionally battered when she was with him.

She indicated that she started dating younger guys after her friend advised her to.

She said; ”I am pregnant by a man who is a complete man, who is above 25 and then you call him a small boy..you insult me and say that I am older than him, how can I be dating a teenager?

Listen, that guy has made me happy and I have no apologies for it. He has made me happy. All the while I was with him, I never cried, like cry, but I know that I have been in relationships with older men, men who are older by 20 years.

I have dated a guy who is older than me by 20 years because then I used to believe you need a father figure in a relationship, you need someone who can help you, build you, people who can control you. I have dated a guy who is 20 years older than me and he never impacted anything in my life. He never did anything for me. Mentally he never. He abused me, he lied to me.

She added that; ‘I used to see a guy who is thirty years old as a child. I used to see guys who are thirty years old as babies because I am used to dating my grandpas, grandfathers, thinking that’s the best decision for me. But, all these grandfathers, what they do is demoralise me, made me understand that I am not special, made me understand that there is nothing in me, that the strength that I feel that I have, I don’t have it.”

The actress who was emotionally had tears in her eyes as she continued;