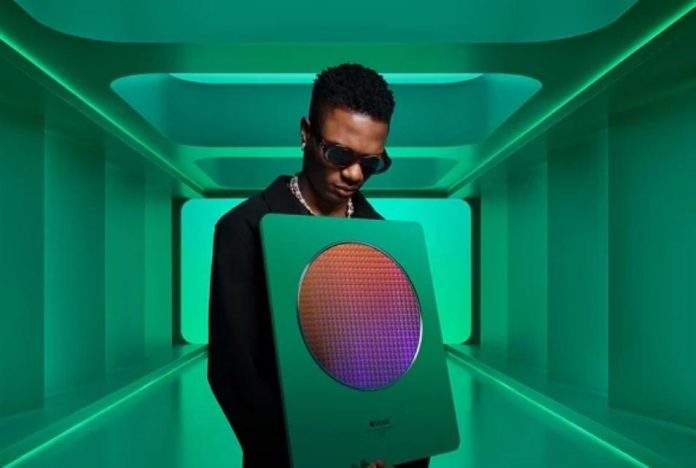 Apple Music has recognized the Grammy award-winning Nigerian singer, Wizkid as its ‘African Artiste of the Year’.

The music company made this announcement via its website on Tuesday when it announced the winners of its annual Apple Music awards.

Wizkid is among the five artistes to emerge as ‘Artist of the Year’ from various regions.

Listing Wizkid’s achievements, Apple said: “In October 2020, he released Made in Lagos, his critically acclaimed and most commercially successful album, which included his hit song ‘Essence’.
“[‘Essence] gained 125 million plays on Apple Music and over 2.8 million Shazams.

“This past year, he’s been the most streamed African artist on the continent on Apple Music and ranked on the daily top 100 charts in 60 countries.

“[This is] in addition to his monthly plays on Apple Music growing by more than 250 percent outside of Africa.”

“It’s a blessing to get to do what I do, and I’m proud to be representing Africa.”

The Weeknd, the Canadian R&B star, won the ‘Global Artist of the Year’ category after achieving a stellar 2021.

Other winners of the ‘Artist of the Year’ award in different regions include Aya Nakamura (from France), RIN (Germany), Official Hige Dandism (Japan), and Scriptonite (Russia).