Home Entertainment Wizkid’s JORO Is A Great Song, But Mine Is Classic And Evergreen-... 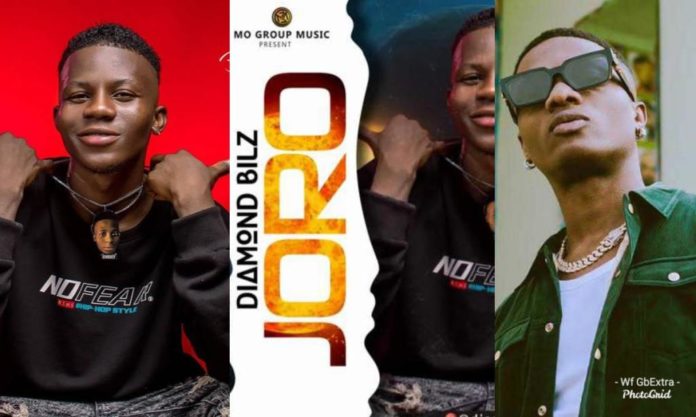 Nigeria’s talented fast rising star, Diamond Billz in a chat with GbExtra has shared an insight about his newly viral single “JORO” with that of Wizkid’s JORO.

“JORO” by Wizkid was released last year which gained massive acceptance and airplay, Diamond Billz version of “JORO” which was released few days ago has a classic lyrical content making it a masterpiece record.

According to Diamond Billz, “Both songs are hit records, Wizkid’s “JORO” is a classic and Great song, while my own version is classic and evergreen too” he said.

Speaking on how he got the inspiration about JORO The Mo’Group Music newly signed artiste, Diamond Billz said: “The day I recorded the song, I was not even thinking about copying Wizkid JORO. The song title was suppose to be “JOROMI” but I purposely gave it “JORO” because of the Hook.

The song was not composed before recording it. I was in the studio listening to some beats when I came across the Beat and immediately I fell in love with it and layed my first verse. “JORE” was the first hook but I later changed it to “JORO” cause I love how it sound. And that’s how I made JORO A HIT SONG.”

“JORO” is currently receiving massive acceptance among music lovers as the single hits 20k streams on Audiomack within a week.

Lastly, both songs are classic records same titles, but different content and sounds which made both songs hit singles.