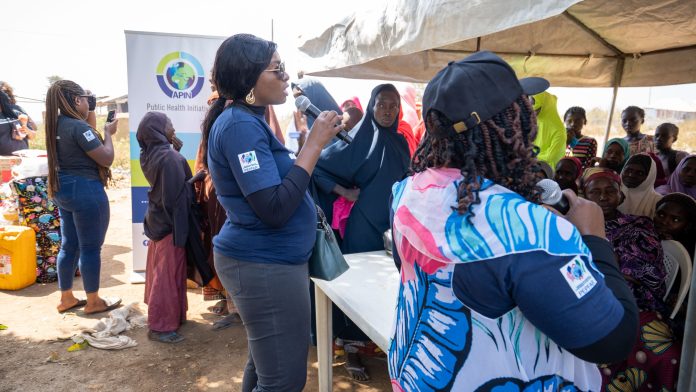 In line with its effort to reduce the scourge of HIV/AIDS especially among the vulnerable, APIN Public Health Initiative embarked on a sensitisation campaign to Wassa Internally Disoplaced Person (IDP) Camp in the Federal Capital Territory (FCT).

The sensitisation outreach held on Thursday, December 1, 2022 was part of activities to mark this year’s World AIDS Day.

Associate Director, Clinical Services, APIN Public Health Initiatives, Dr. Plang Jwanle explained that they were at the IDP Camp to ensure that HIV services reached people of all categories:

“Every 1st of December is celebrated as the world AIDS Day and the theme for this year is equalize, we want to equalize access to treatment and prevention of AIDS.

“We are here because we want to ensure that HIV services reach every nook and cranny and all categories whether male, female, adults or children, key population have access to HIV treatment and services.

“We are also trying to ensure that in terms of our laws, reforms and policies, that we formulate laws against marginalisation of people because HIV comes with stigma and discrimination, we must form laws that would ensure that people are not marginalised”, he said.

Dr. Jwanle also proposed that for the use of technology, they should ensure that there was access to HIV sites so that people have access knowledge about the best approaches to the disease and best ways for treatment. 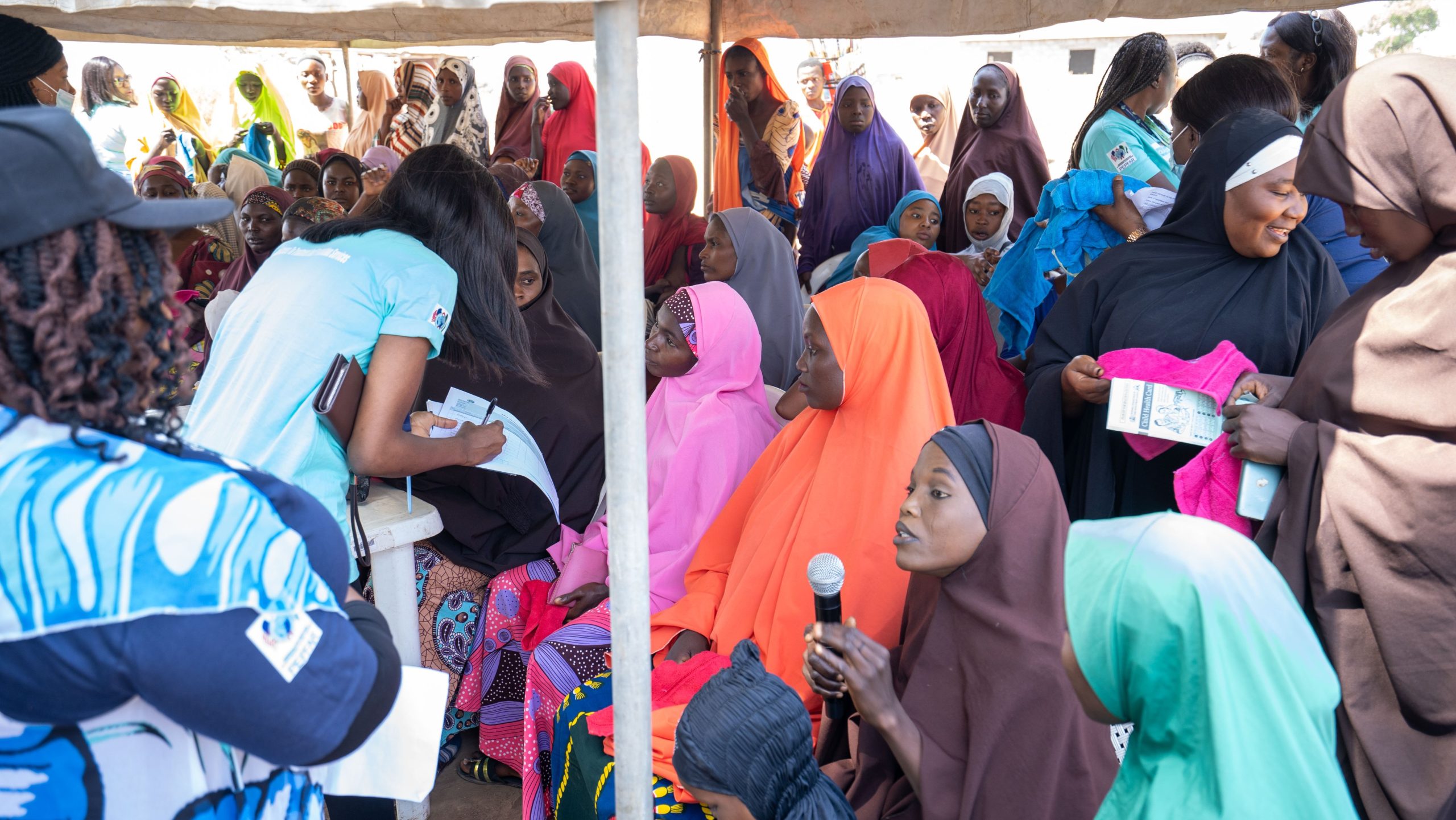 Furthermore, he informed that the sensitisation outreach became necessary because the Displaced Persons needed to know what HIV is, how it can be contracted, and what to do if they test positive.

Worried by the low turnout of men, the health professional said, “men are also left behind, they have a poor health seeking behavior. That is the problem and we always have access, we need to do a special work on the men, we have to talk to them so they’ll understand the need for them to also have access to these services.

“We need to make deliberate efforts to meet the men because those are the underserved people”.

“We also told them about the importance of talking to their adolescents, the world has shifted especially digitally and the adolescents they see with them may be talking to a whole world different from where they live, through their phones or meeting with other people.

“Then we have issues of rape also in the community. We told them that we are seeing that adolescents are beginning to get infected and we are also encouraging that their adolescents need to get tested. 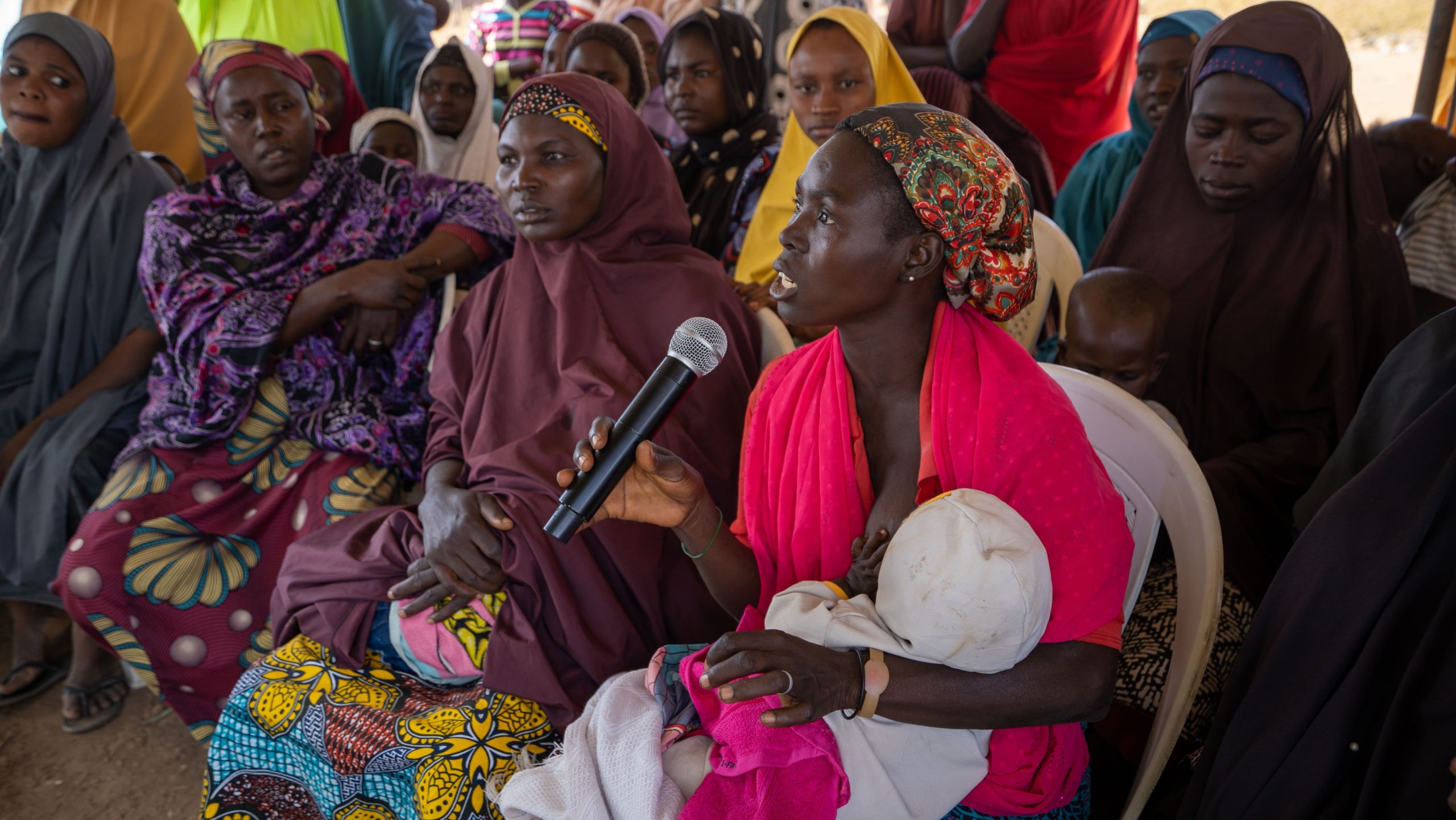 “We also told them about PREP, a lot of them have never heard about not it. PREP is a medication you can take if you are at high risk and it prevents you from contracting HIV. We reminded them that taking PREP would not stop them from getting other STIs”, she said.

In response, Chairman, Wassa IDP Camp, Geoffrey Bitrus thanked APIN Public Health Initiative for choosing their community, stressing that prior to their visit they had little knowledge of HIV/AIDS. He also promised to cascade the information gotten from the sensitisation to others who were not present.

Highlight of the outreach included the distribution of food and clothing items to the IDPs.