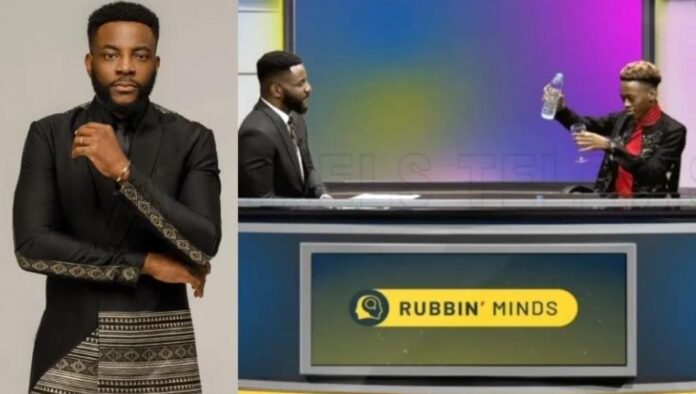 A young Nigerian magician, Babs Cardini has left social media users in shock after he turned water to wine during an interview with the famous Big Brother Naija Host, Ebuka Obi-Uchendu.

The Young talented magician performed on live television in an interview session on Rubbin’ Minds.

He started the show with a little magic trick after being requested to do so.

Before performing the trick, he told Ebuka about the tale of someone who once turned water to wine, Jesus Christ.

The talented trick master pulled out a wine cup and a bottle of water from his pocket to perform the trick.

It was really surprising to see the water turn to wine as he poured it directly from the transparent plastic bottled water into the cup.

Watch video of the magical moment below:

Top management of the National Youth Service Corp (NYSC), alongside relevant stakeholders in the 2022 Batch C Orientation Course have converged to brainstorm on...

Following the increasing cases of violation of the Codes of Conduct by Public officers, the Federal Ministry of Works and Housing has organised a...