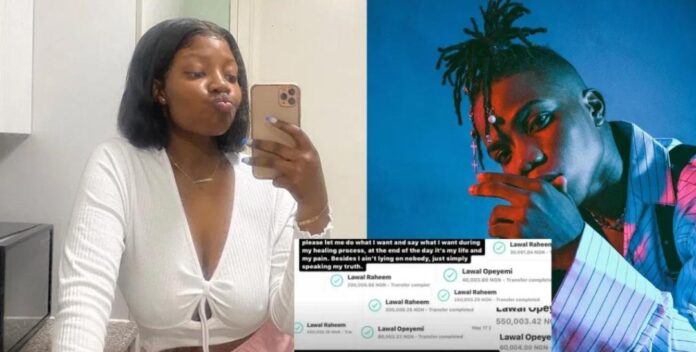 Fast rising Nigerian singer and songwriter, Lyta has had his name dragged by his baby mama, Kemi Ayorinde.

Kemi took to her social media page to drag his name to filth by sharing receipts of money she sent to him when they were together.

However, the 21-year-old mother of one indicated that she has achieved a lot financially after leaving the singer.

While sharing screenshots which showed different times she sent him money, Kemi claimed she was the one always giving in the relationship but was never appreciated in return.

In her words: “I’ve received constant attacks since posting this but I still stand on my words, It’s my truth, its part of my story, a part of my reality and YES I’ve achieved a lot especially financially since finally choosing to leave and no one can teach me how to heal from this.

“If its easy as you all say please come and put a foot in my shoe. It was not just the constant giving but the unappreciation. This was more than a relationship and it has not only caused me pain in the end but left a scar so please let me do what I want and say what I want during my healing process, at the end of the day It’s my life and my pain. Besides I ain’t lying on nobody, just simply speaking my truth.

This is just ‘some’ receipts if its easy, do am. lol”. 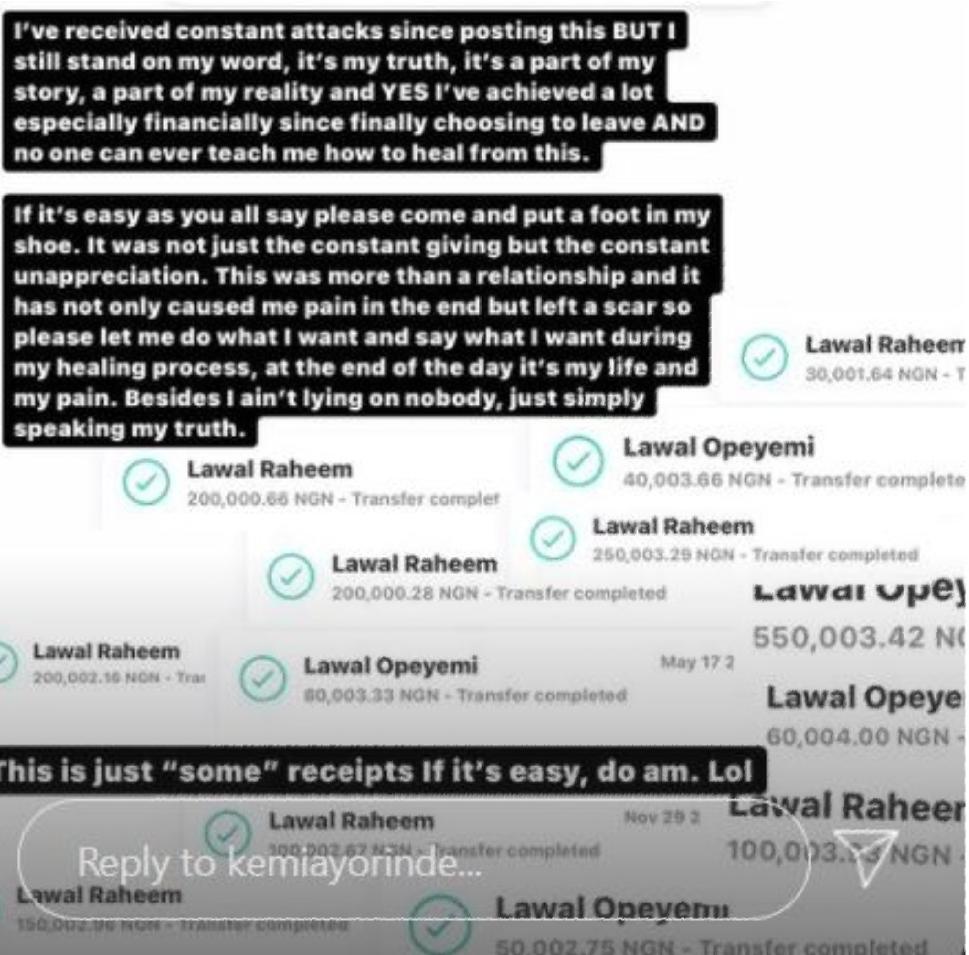 Easter: Be Hopeful Things Will Get Better -Osinbajo Encourages Nigerians