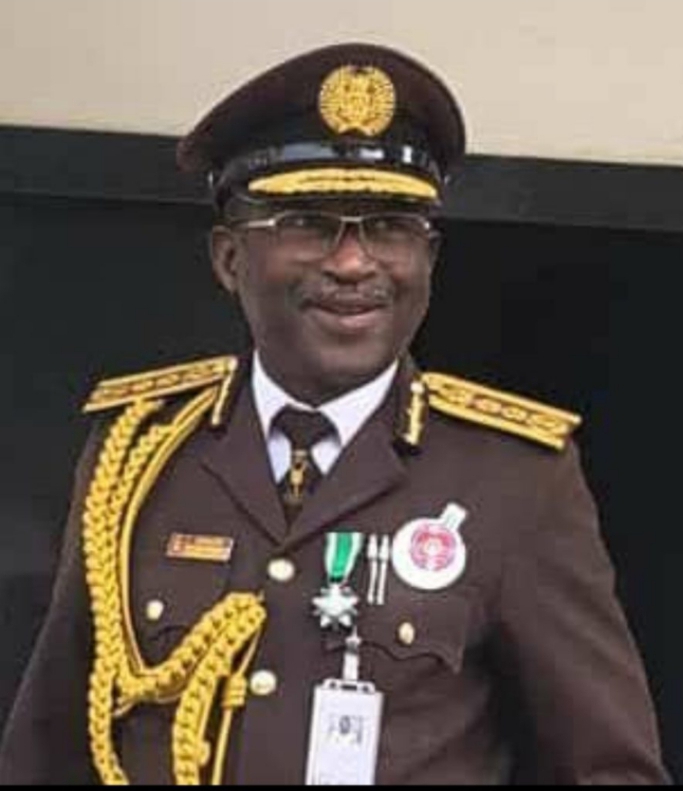 The outgoing Comptroller General (CG) of the Nigeria Immigration Service, NIS, Muhammad Babandede, has charged officers and men of the Service to build upon and sustain the achievements made during his tenure.

Babandede gave the charge in Abuja, Friday, 10 September, while delivering a valedictory message to officers of the Service.

TheFact Nigeria recalls that the Federal Government had, last month, begun the selection process for the appointment of a new Comptroller-General of the Immigration Service, in light of the imminent retirement of the incumbent CG, whose tenure, which was extended last year, expires this month. The outgoing Immigration Chief had sent the names of 10 Deputy and Assistant Comptrollers-General (DCGs and ACGs) to the Civil Defence, Correctional, Immigration and Fire Services Board for selection of the next NIS boss.

Babandede, in his speech, reminded the officers of the importance of sustainability and building on successes attained, for NIS to be a globally recognised agency of worth.

He affirmed that the Service had greatly improved, adding that the lofty achievements so far recorded was made possible ‘together because each step and decision taken for these achievements is done with input and suggestions’.

“Therefore, I can confidently say that I’m proud to have left the NIS today better than I found it and I’m urging all of you that I’m leaving behind.

“I am going, but don’t throw away the work that we have done. Continue to build on it and on my part, I will continue to be an ambassador of the NIS because I don’t have any institution greater than this,” Babandede said.

While appreciating President Muhammadu Buhari for providing him the opportunity to serve Nigeria in the capacity of Comptroller General of Immigration, the outgoing CG also asked for forgiveness from any officer he might have offended during his service, and added that he had equally forgiven those that might have wronged him.

In his remarks earlier, Deputy Comptroller General, (DCG) in charge of Finance and Accounts, Isah Jere, who replaces Babandede in the interim until a new one is appointed, described the progress made during Babandede’s tenure as unprecedented in terms of technological advancement, meeting globally recognised standards, infrastructural development, welfare improvement and placing Nigeria among countries with leading immigration practice.

In the same vein, DCG in charge of Human Resources Management, Aminu Bako, said Babandede’s tenure would remain a shining light in the history of the Service because “your work will continue to remain in the sands of time in the history of NIS and indeed, you came, you saw and you conquered.”

Babandede, who hails from Jigawa State, is the longest-serving officer of the agency, having joined the service in June 1985.