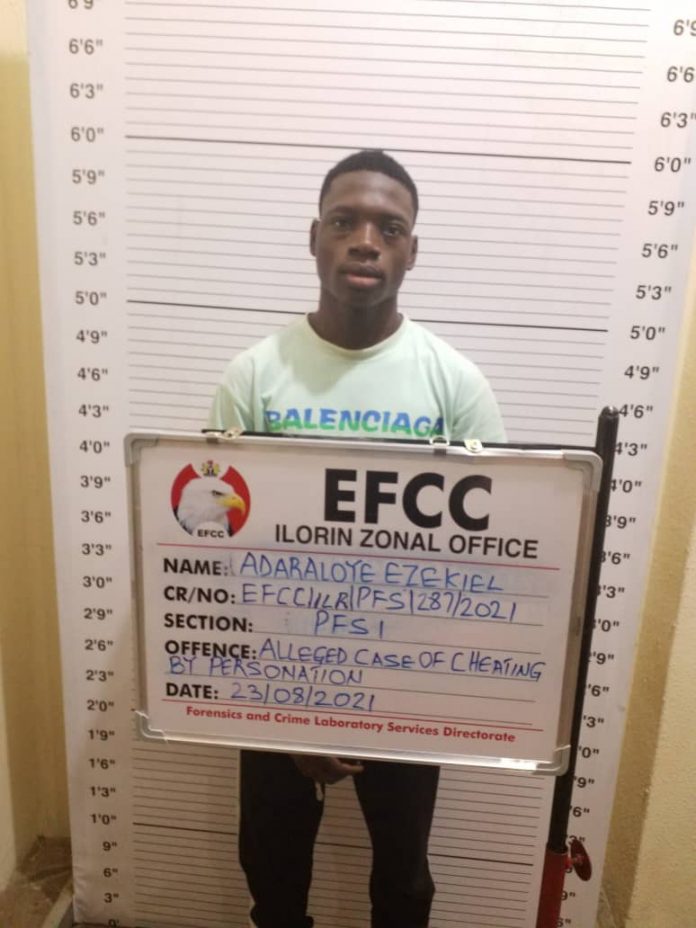 A player for Ibrafix Football Club, Ilorin, Baraye Bamidele Saoban, aged 25, has been sentenced to one year imprisonment for Offences bordering on love scam.

According to Mr. Wilson Uwujaren, Head of Media and Publicity of the Economic and Financial Crimes Commission, EFCC, Saoban, was jailed alongside one Adaraloye Ezekiel, a native of Osi, Ekiti Local Government Area of Kwara State, for a similar offence.

TheFact Nigeria reports that the duo was arraigned before Justice Sikiru Oyinloye of the Kwara State High Court sitting in Ilorin, by the Ilorin Zonal Command of the EFCC.

When the charges were read to them, the defendants pleaded guilty, following which, counsel to the EFCC, Rashidat Alao led witnesses in evidence to review the facts of the cases.

The witnesses narrated how actionable intelligence led to the arrest of Baraye and Adaraloye, telling the court that the duo specialized in “Yahoo-Yahoo business”.

Items recovered from the defendants at the point of arrest include iPhones, incriminating messages printed from their devices and manager’s cheque raised as restitution. These were tendered and admitted by the court.

Alao urged the court to convict the defendants since there was no contrary evidence to disprove the prosecution’s claim against them. 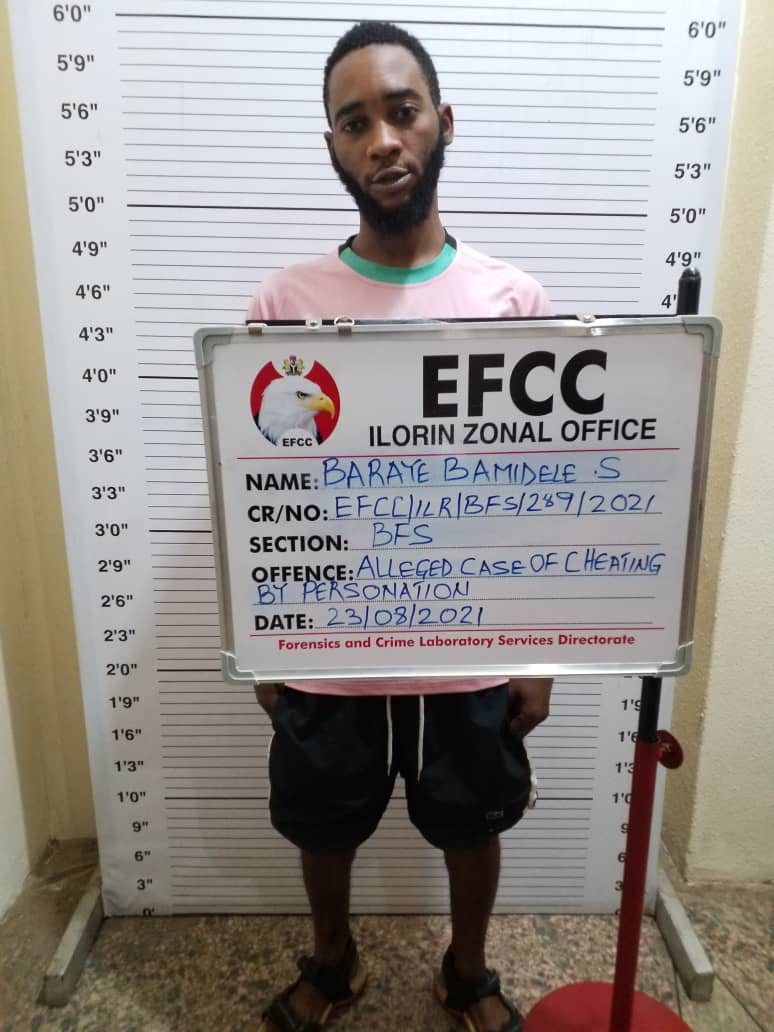 Justice Oyinloye in his judgment on Wednesday, September 22, 2021, said the court was convinced that the prosecution had proved its case beyond reasonable doubt based on the plea of guilt entered by the defendants and the uncontroverted evidence tendered against them.

He sentenced Baraye to a term of one year imprisonment with option of fine of N150,000 (One Hundred and Fifty Thousand Naira). He also ordered the convicted footballer to forfeit the iPhone recovered from him at the point of arrest as well as the draft of N26,000 (Twenty Six Thousand Naira), which he raised as restitution to his victims, to the Federal Government.

In similar vien, Adaraloye bagged a jail term of six months with option of fine of N250,000 (Two Hundred and Fifty Thousand Naira). The judge also ordered that the manager’s cheque of N600,000 (Six Hundred Thousand Naira) which he raised as restitution to his victims as well as the iPhone used in perpetrating the crime, be forfeited to the Federal Government.

Witness In Ex-Governor Trial: No Trace Of Contractors Who Received N1.7bn