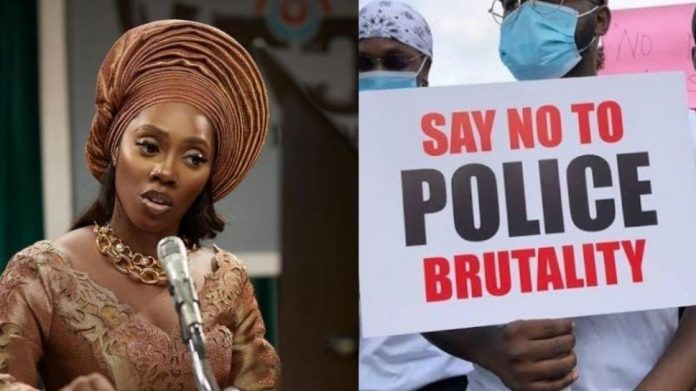 Recall that during the massive EndSARS protest against police and SARS brutality, several protesters were reportedly shot on October 20, 2020 at the Lekki Toll gate.

In a bid to mark the one year anniversary of the protest, celebrities like Falz, Mr Macaroni led a group of Nigerians to a peaceful protest on Wednesday at the Lekki toll gate for the #EndSARSMemorial.

To show support to the #EndSARS movement, Tiwa Savage released a new song.

She took to her Instagram page to release the video of the song. In the song, she asked who gave the order for the October 20, 2020 Lekki Massacre. She further added that Nigerians will not forget the Lekki-Toll gate Massacre.

See reactions the video generated among internet users below;

monalisa.stephen: We will Not Forget !!!

sammy_d_don: This is why u earned my respect for life… even in the next life

ama.spindle.7: I love you tiwa