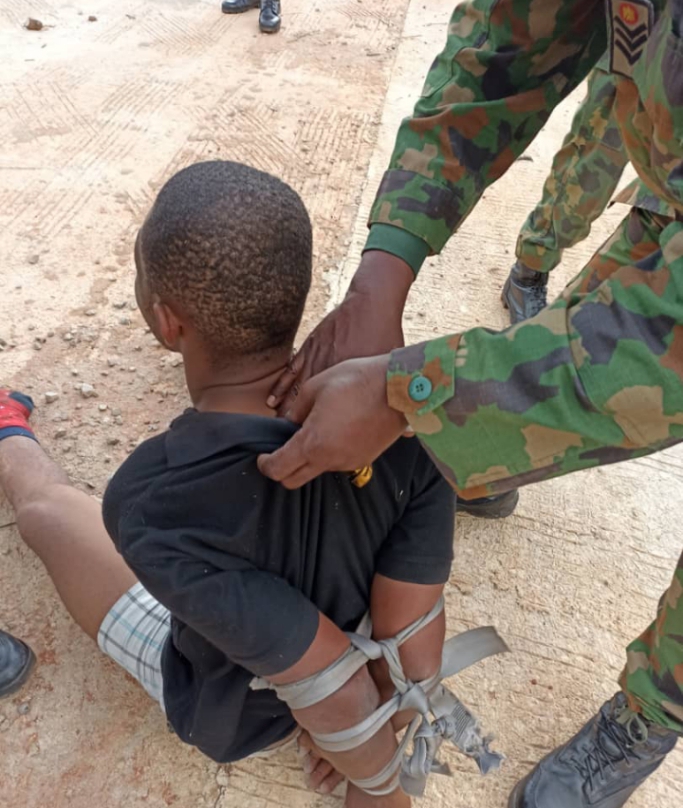 According to a statement issued by the Army Public Relations Director, Brig. Gen. Onyema Nwachukwu, the assailants, who were heavily armed and conveyed in several vehicles opened fire on the troops’ location, but were met with stiff resistance by the troops. In the encounter, the troops neutralized one gunman, while others abandoned their vehicles and retreated in disarray with gunshot wounds. The troops also recovered a pump action gun, among others.

TheFact Nigeria recalls that Abia residents have, in recent times, been thrown into panic and pandemonium, following various attacks in the State by gunmen targeting mostly security formations. InMay this year, gunmen attacked one policeman sustained a leg injury following an attack by gunmen on a police station near Ubani Ibeku. Later in the same month, gunmen were reported to have attacked a police facility in Umuahia, and torched the Police Criminal Investigation Department. Last month, several persons were reportedly injured after gunmen ambushed and attacked passengers travelling along the Ohafia-Bende-Umuahia Road, in Abia State.

According to Nwachukwu, the criminals withdrew from the encounter having been overwhelmed, but were promptly intercepted at Eda by troops of Forward Operating Base Ohaozara in Ebonyi State.

The troops recovered an additional three vehicles and apprehended one of the gunmen.