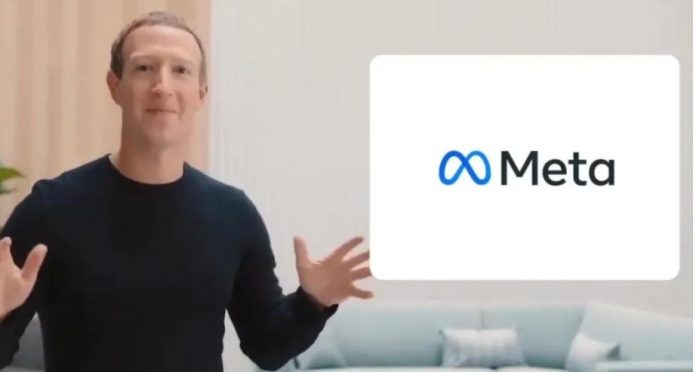 The change of name was announced by the founder and chief executive officer (CEO) of Facebook, Mark Zuckerberg in a statement issued on Thursday, October 28.

Mark stated that the change of name is a conscious effort initiated in a bid to reflect the company’s efforts on rebranding its future operations.

Zuckerberg said: “To reflect who we are and the future we hope to build, I’m proud to share that our company is now Meta.”

He continued: “Our mission remains the same — it’s still about bringing people together. Our apps and their brands aren’t changing either. We’re still the company that designs technology around people.

“But all of our products, including our apps, now share a new vision: to help bring the metaverse to life. And now we have a name that reflects the breadth of what we do.

“From now on, we will be metaverse-first, not Facebook-first. That means that over time you won’t need a Facebook account to use our other services. As our new brand starts showing up in our products, I hope people around the world come to know the Meta brand and the future we stand for.”

Facebook’s rebrand comes around the time the social media giant disclosed that it is working towards building its futuristic “metaverse“, a virtual-reality space that allows users interact with a computer-generated environment and other users.

In his statement, Zuckerberg added,

“When I started Facebook, we mostly typed text on websites. When we got phones with cameras, the internet became more visual and mobile.

“As connections got faster, the video became a richer way to share experiences. We’ve gone from desktop to web to mobile; from text to photos to video. But this isn’t the end of the line.

“The next platform will be even more immersive — an embodied internet where you’re in the experience, not just looking at it. We call this the metaverse, and it will touch every product we build.”

He further described the virtual reality space as a place where users will be able to connect with friends and family, work, learn, play, shop, and create in a manner distinct from how people think about computers presently.

“In this future, you will be able to teleport instantly as a hologram to be at the office without a commute, at a concert with friends, or in your parents’ living room to catch up” he said.

“This will open up more opportunities no matter where you live. You’ll be able to spend more time on what matters to you, cut downtime in traffic, and reduce your carbon footprint.” 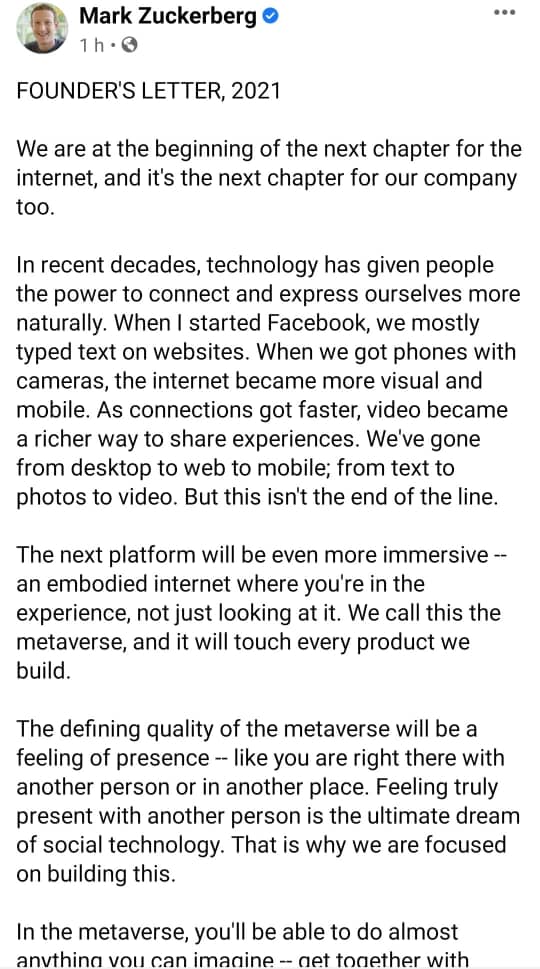 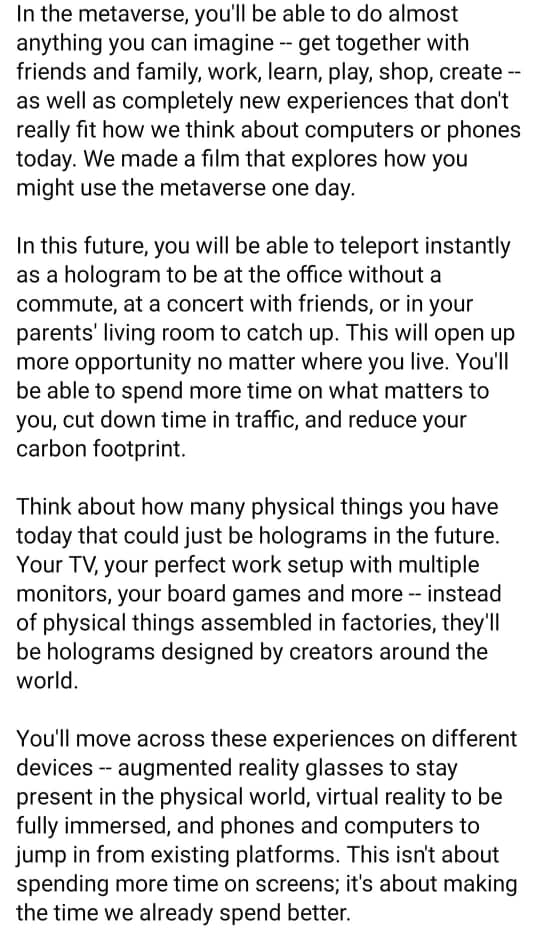 NSCIA Will Not Force Anyone To Take AstraZeneca Vaccine – Sultan