Big Brother Naija ‘shine ya eye’ housemate, Cross Ike has disclosed that he was arrested by police in South Africa for flouting curfew rules.

The reality star took to his official Twitter account on Tuesday to narrate his experience with the South African police officers.

Cross explained that he did not know there was a curfew in the country. He said as soon as he stepped out of his apartment, he was arrested by the police.

He however indicated that he is no longer in the South African police custody.

“So SA, I got stopped by your police. Apparently, there’s a curfew. They took me to their office. So, guys, I tell them say I get SA name called Siyabonga and my first time in SA, and they smile, and I think they wan let us go ooo Omo Japa Japa. My bed they call me thanks guys we free now,” Cross tweeted.

The Anambra-born reality star recently trended on social media after he mistakenly posted a nude video of himself on Snapchat.

When faced with critics, Cross maintained that it was a mistake. 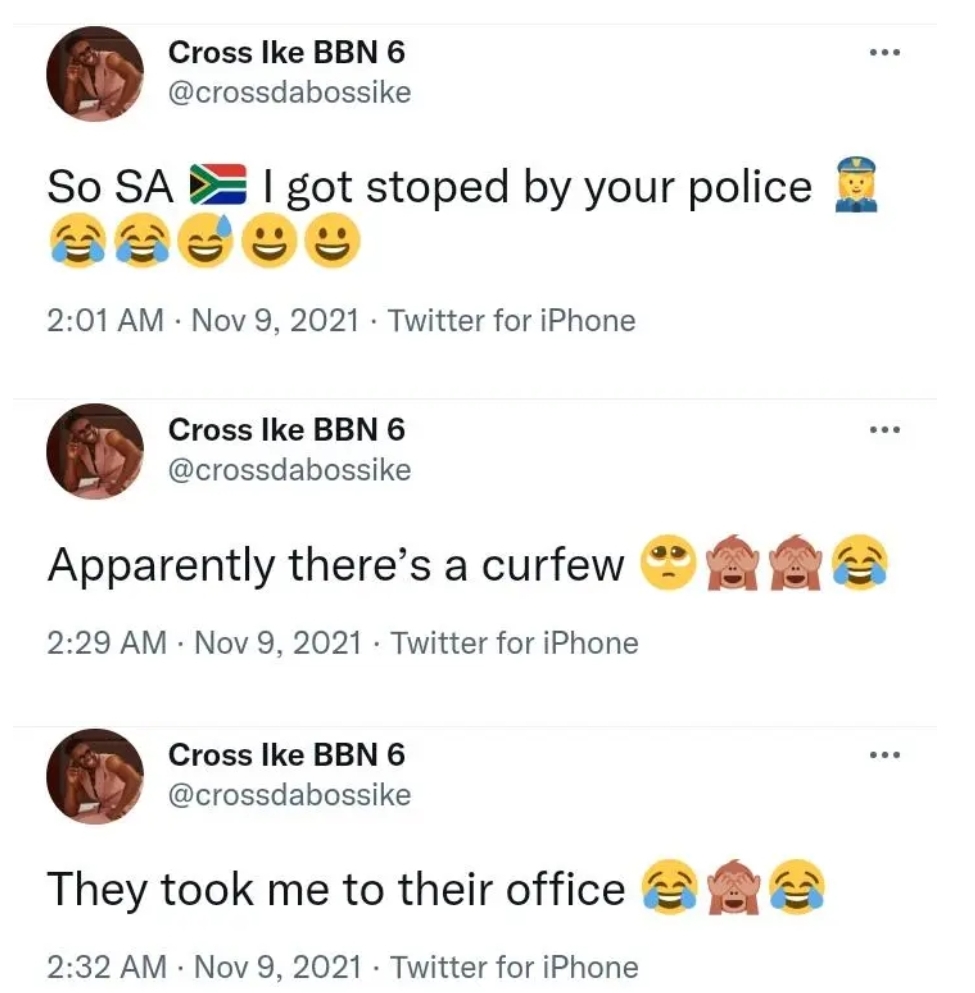 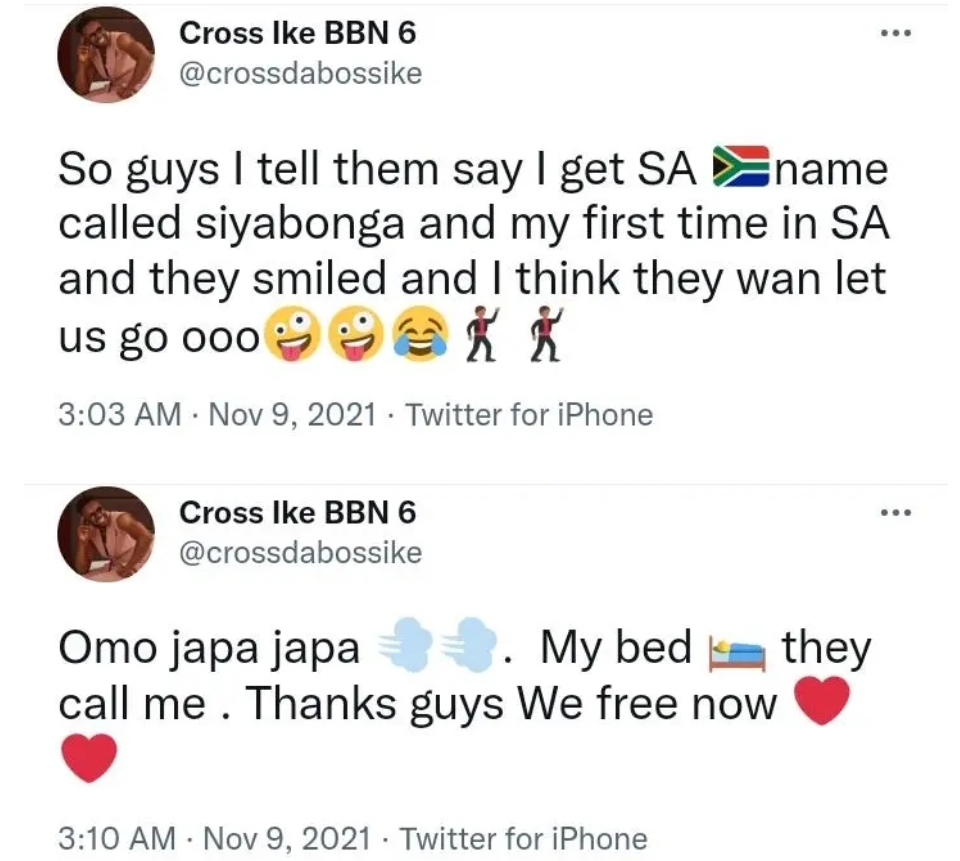 #BBNaija: “Pere And I Will Be ‘Bestfriends’ Outside The House” – Whitemoney