The ‘Essence’ hitmaker who is currently on his Made In Lagos (MIL) tour was nominated alongside other African music stars which includes Nigeria’s Tems, Diamond Platnumz, Amaarae and Focalistic.

Wizkid was not present at the event to receive his award but he was represented.

MTV Africa took to their official Twitter page to congratulate the superstar:

“HUGE congratulations to BIG WIZ @wizkidayo for winning Best African Act! From Lagos to the world.”

Fans took to their various social media handles to congratulate the international star on his latest grand achievement.

Some fans also declared him the best musician in Nigeria and sarcastically threw shades at other musicians. 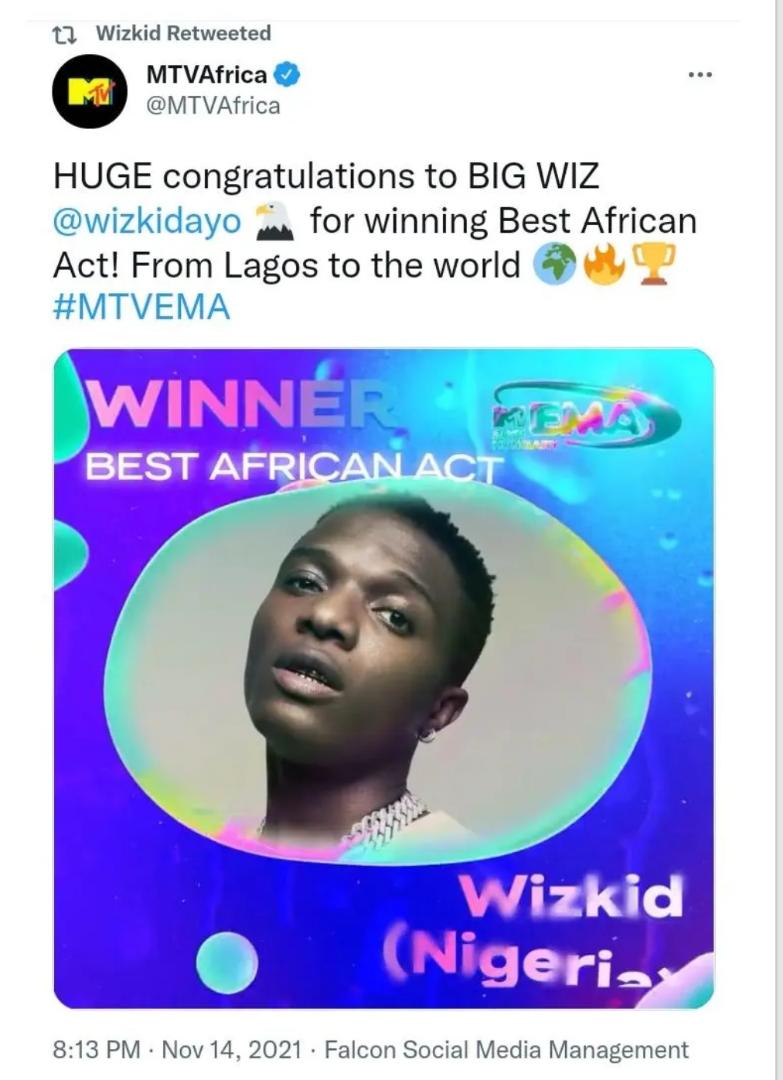 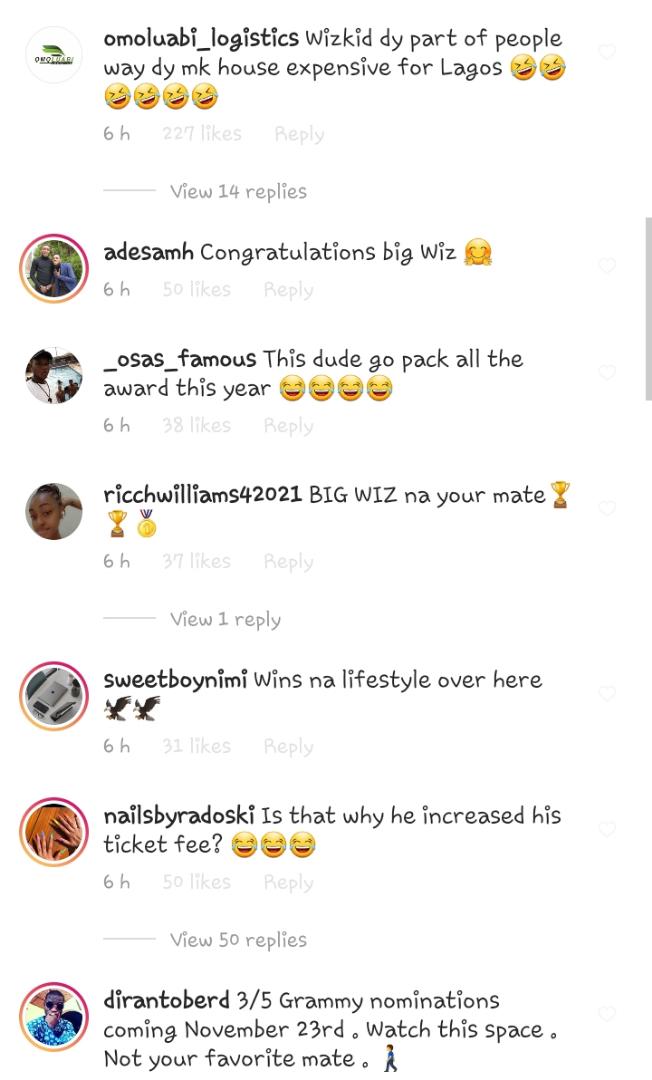