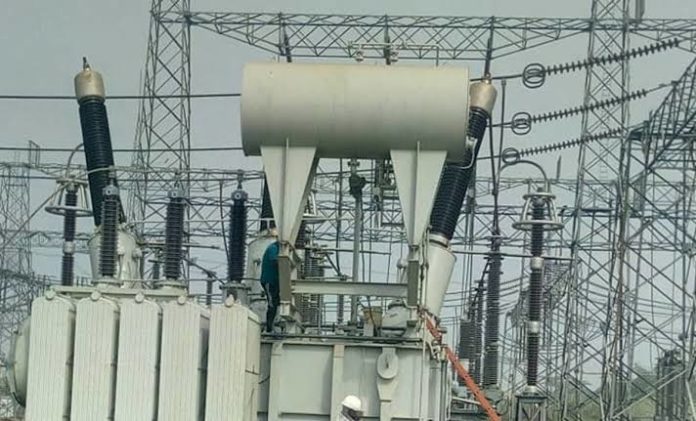 …pledges support to new management
The House of Representatives Committee on Power, has lauded the operational performance of the Transmission Company of Nigeria (TCN) just as it commits to giving it more support improved operations.
Chairman of the House Committee, Honourable Magaji Da’u Aliyu gave the commendation when he led his committee members on an oversight function to TCN at its corporate headquarters in Abuja on Friday.
Honourable Aliyu who noted that the oversight function was part of the routine of the National Assembly as enshrined in the Constitution said, “We are not here to intimidate, we are only here to ensure things are done properly. We have to commend TCN. So far you have done relatively well but there is room for improvement.”
The Committee sought information on the projects TCN has executed, its Internally Generated Revenue and budget appropriations for the year 2019, and their utilisations for perusal by members of the committee.
While congratulating the acting Managing Director and CEO of TCN, Engr. Sule Ahmed Abdulaziz on his appointment, he pledged the committee’s support in working with the management of TCN so it can achieve its mandate.
“Let me start by congratulating you on your appointment as the MD of TCN. I wish you Allah’s guidance and God’s wisdom.
“We call on the management to kindly allow us to work together with mutual respect. Our doors are open and we are only here for you to ensure that things are done according to the law and within the law. I will assure you of my maximum support and cooperation,” he said.
The Committee urged the management of TCN to consider local content in their projects execution in line with the President’s Executive Order on local content.
“We are not going to allow you to be giving contracts to foreign nationals while we have Nigerian engineers. Nobody will give us loan and dictate whom to give the contract. The President wants to bring down the rate of unemployment,” Aliyu noted.
In his address, the acting Managing Director and Chief Executive Officer of TCN, Engineer Sule Ahmed Abdulaziz welcomed the Committee members to the corporate headquarters of TCN.
“Today is my first official meeting with you here in TCN corporate headquarters as the new acting MD/CEO with my Management team since our appointment by His Excellency, President Muhammadu Buhari,” Engr. Abdulaziz said.
While familiarising the Honourable Members of his work experience, he said he has held several management positions at TCN including overseeing the execution  of all transmission line and substation projects across the country. His last posting before his appointment as the acting MD/CEO was the Regional Transmission Manager of Abuja Region.
On achieving the mandate of TCN, the MD said, “I want to begin by stressing that the journey to strengthening of the transmission sector must start with a critical transformation of the existing system. Where the Government, regulator and TCN Management will all play core roles, with the government and regulator taking the lead to create the right investment whilst TCN focuses on implementing new technology, faster project execution and improving operational efficiencies.
“In order to drive growth in capacity utilisation, the immediate focus of the new TCN Management would be on replacing or repairing existing equipment, which are failing and prone to breakdowns. Regular, proactive maintenance processes will be institutionalized to reduce the occurrence and impact of breakdowns. We are also going to prioritize on expanding our capacity via new projects that will span across the entire nation.
“These are some of the considerations that will help in achieving the goal in improving the performance of the transmission sector. Similar approaches have been undertaken by other developing countries which Nigeria can borrow from,” he noted.