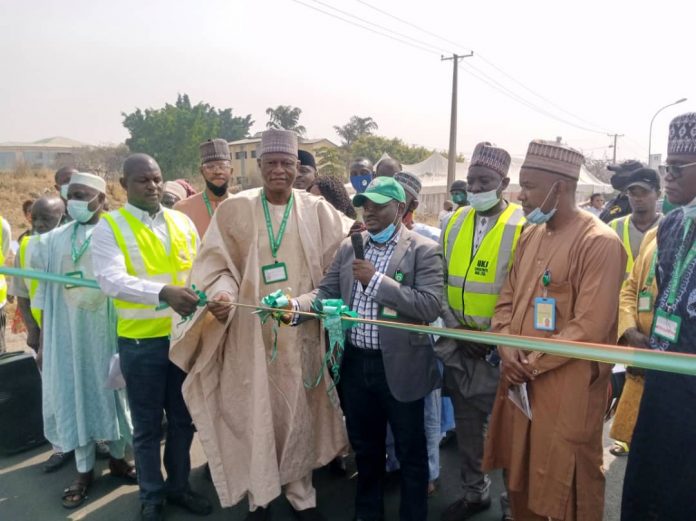 In line with its goal of ensuring motorable roads in tertiary institutions across the country, the Federal Ministry of Works and Housing has commissioned and handed over its 30th rehabilitated Tertiary Institution road to the University of Abuja.

A statement signed by the Director, Press and Public Relations of the Ministry, Mrs.Boade Akinola on Thursday, February 17, 2022 said that the Minister, Mr. Babatunde Fashola handed over the 1.05 kilometre rehabilitated road to the University of Abuja on Thursday.

TheFact Nigeria gathered that the rehabilitation of the road, which hitherto had been an eyesore to the University was welcomed with excitements.

The Minister, who was represented by the Federal Controller of Works in the Federal Capital Territory (FCT), Engr. Usman Yakubu, said the intervention was giving students renewed hope and enthusiasm with regards to attending classes where Federal Government has restored motorability to the hitherto defective roads.

He disclosed that under the Tertiary Institutions Road Intervention Programme initiated by his Ministry, the Federal Government was currently working on 76 road projects in selected Federal tertiary institutions spread across the nation.

“We have successfully intervened in the internal road networks of 46 Federal Tertiary Institutions and handed over 29 of the roads as at 2021 and we now have another 17 ready to be handed over while we are currently attending to 30 roads in similar institutions across the country making a total of 76”, the Minister said. 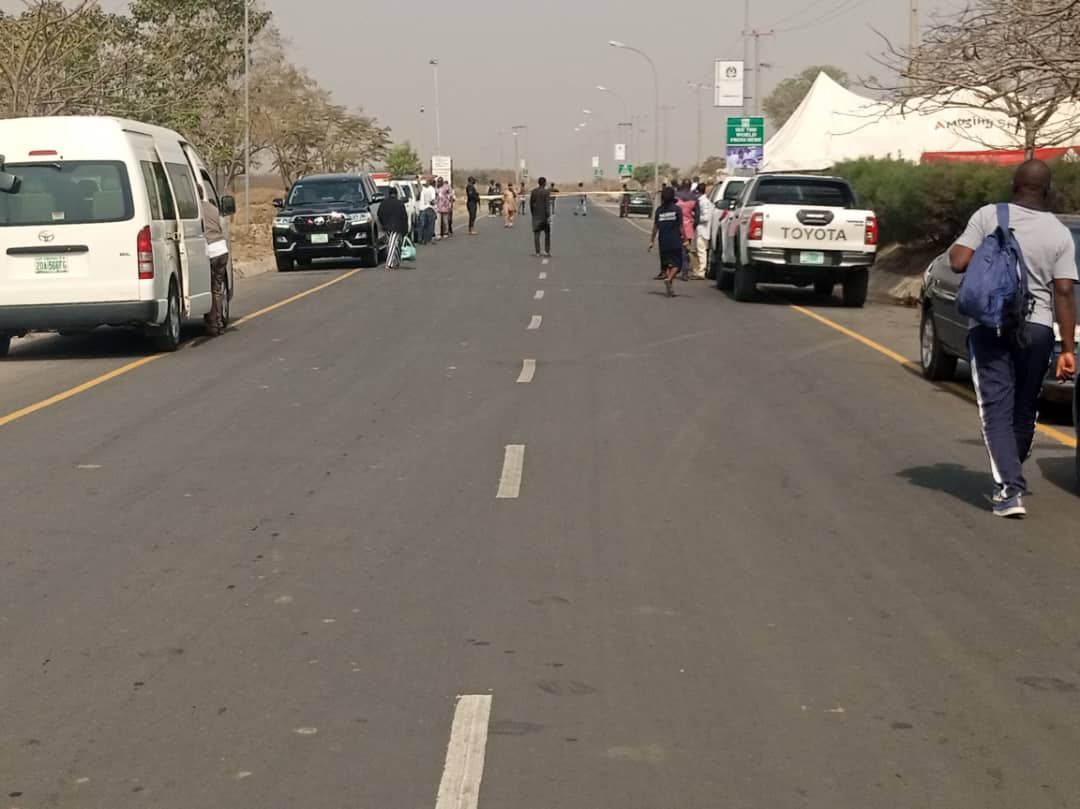 According to him, “It is undebatable that the quality of education will be impacted by the quality of infrastructure and the learning environment and those who doubt it should simply listen to some of the feedbacks from the students of the schools where this type of intervention has taken place.”

Fashola said the summary of all the feedbacks from students and Management staff of the University of Abuja, Gwagwalada, had demonstrated that the gap of the nation’s infrastructure needs was steadily being bridged by a gradual process of repairs and construction on the major highways and schools.

The Minister described the construction of the internal roads by Federal Government in the nation’s tertiary institutions as a pointer to the administration’s progressive ideal of improving the human condition by supporting Education.

In his response, the Vice Chancellor of the University, Professor Abdulrasheed Na’ Allah, thanked President Muhammadu Buhari and the Minister for selecting the University of Abuja to benefit from the special intervetion, Government infrastructure development, saying the road used to be the worst in the institution especially during the Rainy Season:

“It is a very important road in the university, it used to be one of the worst roads we have in this campus especially during the Rainy Season and now it has become the best. We give thanks to Federal Ministry of Works and Housing”, the Vice Chancellor said.

According to him, “Tertiary institutions cannot achieve their greatness if infrastructure in the schools is not developed. With this internal road completed and handed over, Nigerians will be proud because it is a unity institution and belongs to all irrespective of your region. The internal road is very important and it will serve as a boost for sustainable social, academic and economic well-being of the students as well as the staff of the institute”, he said.