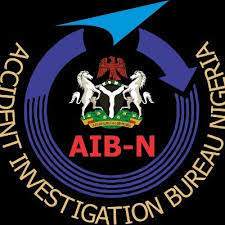 The Accident Investigation Bureau (AIB-N), has faulted a media report that its demolished office building in Lagos was worth N5 billion.

The General Manager, Public Affairs of the Agency Tunji Oketunbi, on Sunday in a statement said the value of the property was highly exaggerated.

TheFact Nigeria noted that Oketunbi said , “We wish to set the records straight following the numerous concerns expressed by Nigerians in response to a widely published, albeit misleading, media report in respect of the demolition of Lagos office buildings purportedly worth five billion naira, belonging to the Accident Investigation Bureau (AIB-N), an agency of the Federal Ministry of Aviation.

“It is noteworthy to state that the published value of five billion naira being peddled in the media is highly exaggerated. In answer to the issues raised by the publications, we would like to make representations as follows: –

“In 2012 the Federal Government directed all agencies to relocate their respective headquarters to the Federal Capital Territory Abuja.

“By a letter dated 4th of May 2020, the Honourable Minister of Aviation in furtherance thereto, directed the AIB-N, along with other aviation agencies to relocate their headquarters from Lagos to Abuja.

He added that,”the relocation of the Bureau from Lagos to Abuja was not precipitous, as claimed by media reports.
Without a doubt, AIB-N erstwhile Lagos office (former Corporate Headquarters) has since the ministerial relocation directive, served mostly as a regional administrative liaison office .

“ All its core operational functions/facilities in the discharge of its statutory mandate were positioned in Abuja; except for the command-and-control centre which just recently repositioned safely to Abuja.

“The AIB-N’s Lagos office was inevitably earmarked for demolition due to its location which directly impacts some critical features necessary for the seamless operations of the just commissioned newly constructed terminal at the Murtala Muhammed International Airport, Ikeja, Lagos State.

“It is not lost on us that ALL LAND at the airport belongs to the Federal Airports Authority of Nigeria (FAAN): and can be retrieved at any time for an overriding public interest, as in the present circumstances.

“AIB-N was allotted land space at Nnamdi Azikiwe International Airport Abuja to build its training school, which is 90% completed, and its proposed new Corporate Headquarters. Meanwhile, talks are on-going with FAAN to have a suitable location in Lagos as its regional office.
The Bureau currently has two (2) regional offices Kano and Enugu.

He concluded that , “the Bureau has restructured its operations to fit into the current situation and continues to communicate with all its staff on the on-going relocation.All our safety investigators have been trained and are on standby to respond whenever their services are needed.

“This temporary reshuffling will not in any way affect our operations. AIB-N has invested so much in equipment and technology that will aid delivery of its mandate seamlessly.This release serves to put things in perspectives and to assure the general public of AIB-Ns preparedness to carry out her mandate and promote aviation safety as it has dutifully been doing, “he said.

We Did Not Increase Our Charges – FAAN