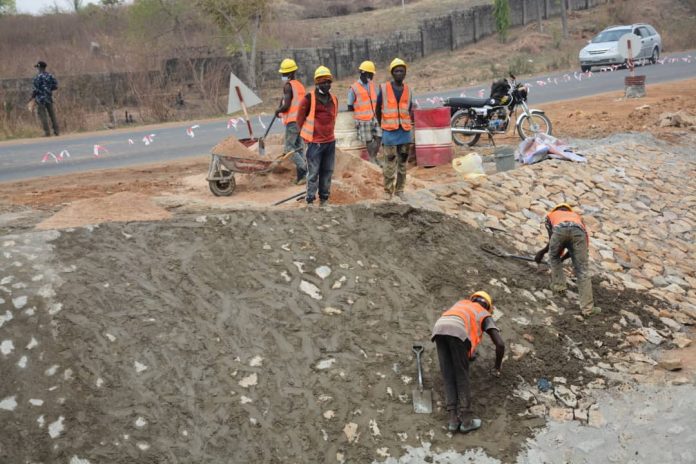 The Minister of State for Works and Housing, Mu’azu Jaji Sambo has hinted that the ongoing work on the Abuja-Keffi Highway will be completed next year April.

This was contained in a statement signed by the Deputy Director, Press and Public Relations, Federal Ministry of Works and Housing, Mr. Stephen Kilebi on April 1, 2022.

TheFact Nigeria gathered that the expansion of the Abuja- Keffi Highway was a relief to the road and it’s users.

Sambo gave the hint while inspecting the project site alongside delegates of the Africa Road Builders (ARB) and Federal Ministry of Works and Housing on Friday, April 1, 2022.

The projects inspected Included: the construction, expansion and rehabilitation of Abuja-Keffi (sections one and two) respectively. Section one is the 5.4 kilometres from the Abuja Expressway that starts from Kugbo West and the 220 kilometres road located in Nasarawa and Benue States which is further divided into sections 1,2 and 3 respectively.

Sambo stated that infrastructure is the bedrock of socio-economic development of any nation, adding that by the time the project is completed by April, 2023, travel time would be reduced and business activities boosted.

He disclosed that the project was being funded by China Exim Bank, contributing 85% of the funding, while the Federal Government is contributing the balance of the 15% funding.

He said Buhari won the 2021 Africa Road Builders-Trophee BabacarNdiaye as a result of clear demonstration of his commitment to bridging the road infrastructure deficit of his country.

The road is being constructed by China Engineering Habour Company (CEHC).

We Did Not Return £4.2m Ibori Loot To Delta State -FG