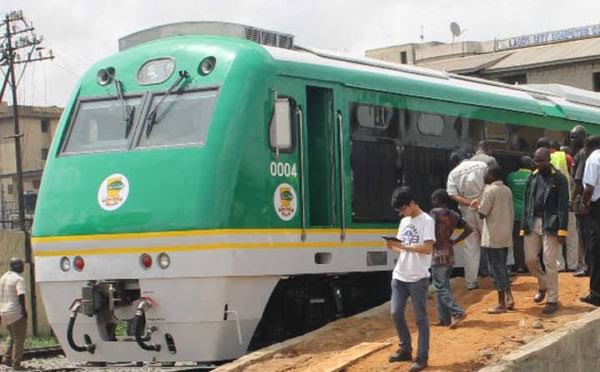 Nigerians are yet to recover from the shock of bandits’ attack on Abuja-Kaduna train with over 362 passengers on board.

On March 28, 2022 precisely, suspected bandits attacked the last evening train, AK9 on the Abuja-Kaduna Train Service with explosives.
From Official records, eight persons were killed, 25 persons were injured and 21 passengers were reported missing.

Of course, the track, locomotives and coaches were destroyed; a damage that would cost the country an estimated N3billion to fix.

The action was cruel, bloody and catastrophic that Nigerian government must take a decisive and offensive military action against the
perpetrators.

Expectedly, President Muhammadu Buhari after condemning the attack, gave directive for the immediate deployment of Integrated Security
Surveillance and Monitoring System for the rail lines.

Additionally, the President charged the security chiefs to bring back all the passengers kidnapped and ensure that each of the callous
terrorists are hunted down and made to face justice.

Meanwhile, the Minister of Transportation, Rotimi Amaechi lamented that the incident would have been averted if the deployment of the digital security equipment on the corridors was done before the attack.

Amaechi’s lamentation shows how careless and unserious this administration has been with regards to taking proactive measures on
security intelligence or reports.

A country with pockets of security breaches like Nigeria would have security on top of its priority list, sadly, that is not the case here. Here, our leaders would wait until it happens then they will issue statements to condemn it.

Recall, the attack started with the vandalization of the rail tracks before it graduated to full scale bombing of the train. In May 2021, the Nigerian Railway Corporation, (NRC), recorded no fewer than four cases of rail vandalism.

Precisely on May 8, 2021, three people were arrested in Kaduna State in connection with the Kaduna – Kano line vandalism. On May 14, five
were caught violating the Warri -Itakpe line.

Also, another five were nabbed dismantling the rail line at Dalle village in Jema’a Local Government Area of Kaduna State; while yet
another incidence was reported in Enugu at about the same time.

Again, in the same month, the Nasarawa State Police Command arrested the Special Adviser on Infrastructure to Governor Abdullahi Sule for
vandalising railway tracks and slippers in Lafia and Keana local government areas of the state.

Two police officers, personnel of the Nigeria Security and Civil Defence Corps, a former Supervisory Councillor on Education in the
state, Mohammed Isiaka, a principal technical officer of the railway corporation covering the Agyaragu area of the state, Samuel Shagbaor
and a Chinese citizen were also arrested.

The Abuja-Kaduna rail line had its own share, as 15, 000 rail clips were stolen by vandals with no serious punishment melted out on them.
Sadly, these structures were built with huge loans from China.

At a point, Rotimi Amaechi said, the federal government was considering capital punishment for rail track thieves in the country,
but that decision was later Jettisoned.

We are hopeful that with the renewed attacks on the trail transport system in Nigeria, efforts would be intensified especially by the
National Assembly to pass a law that does not only criminalise the action, but proposes a death penalty for the perpetrators.

Above all, the federal government must move beyond mere rhetoric to fight off wanton destruction of lives and properties in the country. We cry for the missing passengers.