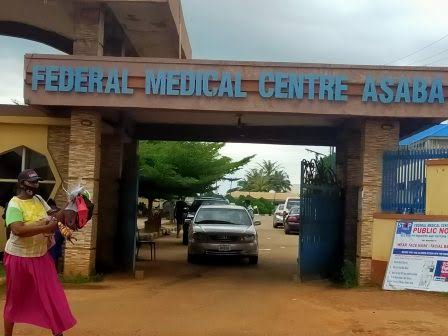 The Center for Peace, Transparency and Accountability (CPTA) has applauded the President Muhammadu Buhari-led administration for making key appointments that have been pivotal to the rapid transformation witnessed in the health sector.

The Executive Director (CPTA), Comrade Patrick Ogheneyero made the commendation in a statement on Saturday, after a 3- day independent performance assessment visit to the Federal Medical Centre, Asaba.

Ogheneyero said he was amazed at the level of commitment to rapidly bring quality and premier health care services to Delta state.

The statement also hailed the minister of health, Dr. Osagie Ehanire, for his commitment to healthcare development both at the primary and tertiary levels.

This was as the CPTA director further lso commended the Chief Medical Director of the FMC, Asaba, Dr. Victor Osiatuma, for his patriotic approach towards uplifting the centre. Saying the hospital can be ranked amongst the best in the country.

The statement described the appointment of Dr. Osiatuma who was appointed in 2015 as the Chief Medical Director, as a step in the right direction towards attaining our healthcare goal as he is currently transforming the centre into a model Federal hospital in the country. Apparently, fulfilling Buhari’s infrastructural development goals.

The statement further read “We are elated that Dr. Victor Osiatuma has strategically sorted out all union related issues that had made FMC Asaba prominent for strikes and periodic short down as well as also increased the output of the human capital through the employment of capable hands and training/retaining of the staff.

“In addition, Dr. Osiatuma has also made working in the hospital conducive as demonstrated by the quality infrastructural development witness in the course of this performance assessment.

“You will agree with me that FMC Asaba has become a model for others as the foresight and commitment by the current managers of the centre has yielded great results despite paucity of funds. Dr. Victor Osiatuma has handle outbreaks of disease so intelligently that foreign health organizations and the government have come down to study the specific approach adopted by the hospital”

Ogheneyero further called on the Federal, state government and well meaning institutions to support the center as building a standard health care system in the country should be the desire of everyone.

He also pledged that the civil society community will from this moment work relentlessly toward advocating for the hospital and it’s management team as a way of sustaining the progress made thus far.