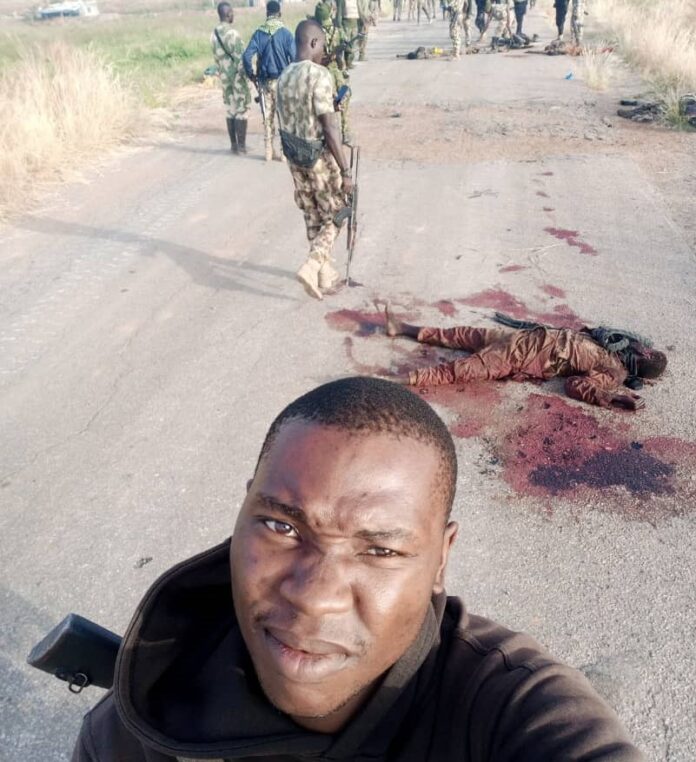 Nigerian Troops have besieged the stronghold of Boko Haram Terrorists (BHTs) in the Sambisa Forest, known as the Timbuktu Triangle.

Once described as “impenetrable”, the Timbuktu Triangle comprises Buk, Talala and Gorgi in the dreaded Sambisa Forest, including areas around the Lake Chad axis.

The notorious Timbuktu triangle straddling Borno and Yobe states had remained notoriously impenetrable in the last four years despite efforts by the military in several previous operations.

TheFact Nigeria reports that the clearance operation, which has been ongoing for a week now, by the troops of Sector 2 and Special Forces Brigade of the Nigerian Army, in coordination with the Nigerian Air Force that provided aerial cover and reconnaissance duties, has led to the elimination of dozens of terrorists in the general area.

Consequently, Buk, Talala and Gorgi, all previous Boko Haram Terrorists’ enclaves have been liberated and now dominated by the troops forcing Boko Haram commanders Ameer Modu Borzogo and Modu Sullum to flee the axis. Some abducted and vulnerable victims including women and children were rescued in the operation.

In another development, Boko Haram bases in Kidari, Argude, Takwala, Chowalta and Galdekore have been overrun in a major operation involving Nigerian troops from the Sector 1 and 21 Brigade and troops of the Multi National Joint Task Force (MNJTF), despite stiff resistance by the terrorists. In desperation, the terrorists resorted to suicide bomb attacks and manipulation of improvised explosive devices that injured a number of soldiers.

TheFact gathered, through a military source involved in the operation, that there seems to be a renewed onslaught against the Boko Haram terrorists holding up in that general area as heavy military equipment and weapons were sighted heading towards the axis. Movement by civilians along the Maiduguri – Gwoza road has also been restricted to avoid collateral damages.

“The renewed vigour and determination of the troops and the synergy between the ground and air forces that produced the successful result have elicited joy among citizens in the area who expressed optimism that indeed, the days of the terrorist are numbered,” the source added.