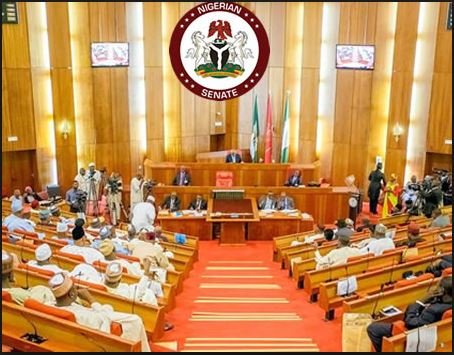 The  Senate Committee on Judiciary, Human Rights and Legal Matters, has charged President  Muhammadu Buhari  to ensure that all it’s appointments are based on federal character and merit.

The committee’s  chairman  Senator Opeyemi Bamidele, said this on Monday during the screening of Honorable Justice Salisu Garba Abdullahi, for appointment as the Chief Judge of the High Court of the Federal Capital Territory (FCT), in Abuja.

TheFact  Nigeria reports that senator who is presently representing Ekiti Central said   complying with federal character principle is a fundamental obligation imposed on government and all its functionaries as enshrined in  the 1999 constitution as  amended.

Bamidele  said, “unnecessarily heating up the polity and eroding the unity and strength of our country and in the process, weakening the foundation of our country as well as the hope of its federating units.”

“Finally, the need for merit and compliance in the consideration of citizens for appointment, including the ones that will come before the Senate for confirmation, must be re-emphasised for the record.

“In addition to ensuring that potential appointees meet the eligibility criteria stipulated for the relevant public offices into which they are being appointed, adequate care must also be taken to ensure that the federal character principle established by virtue of the clear provision of Section 14, Sub-section (3) of the 1999 Constitution of the Federal Republic of Nigeria (as altered) is not undermined.

“For the avoidance of doubt, the above cited Constitutional provision clearly states that: ‘(3) The composition of the Government of the Federation or any of its agencies and the conduct of its affairs shall be carried out in such a manner as to reflect the federal character of Nigeria and the need to promote national unity, and also to command national loyalty, thereby ensuring that there shall be no predominance of persons from a few States or from a few ethnic or other sectional groups in that Government or in any of its agencies.’

“We have an extremely bright and exciting future in one indivisible and indissoluble nation that is propelled by unity in diversity and all hands must be on deck to ensure this aspiration is guided jealously.

“This shall remain our guiding principle in the 9th Senate under Senator Ahmad Lawan’s watch as we continue to guard jealously the spirit and letters of the Constitution of the Federal Republic of Nigeria, which we all swore to protect in the overriding public and national interests.

“Beyond making the above appeal, may I also add that it is not only morally and politically correct to ensure compliance with Section 14 (3) of our Constitution, establishing the federal character principle.”

On his part, the  Senior Special Assistant to the President on National Assembly Matters (Senate), Senator Babajide Omoworare, said the concerns of the Committee will  be conveyed to the relevant authorities.