The 34 Artillery Brigade of the Nigerian Army in Obinze, near Owerri, has begun the demolition of unserviceable ammunition and explosives.

This was made known in a statement issued on Friday in Owerri by the Acting Assistant Director of Army Public Relations, Lt. Babatunde Zubairu.

“The people of Obinze and surrounding communities are advised to keep away from the range area during the period of the exercise.

“This is not a cause for alarm as the Nigerian Army remains committed to the safety of Nigerians,” Zubairu said. 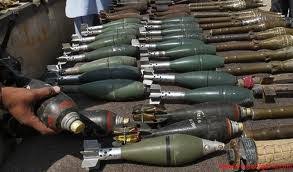