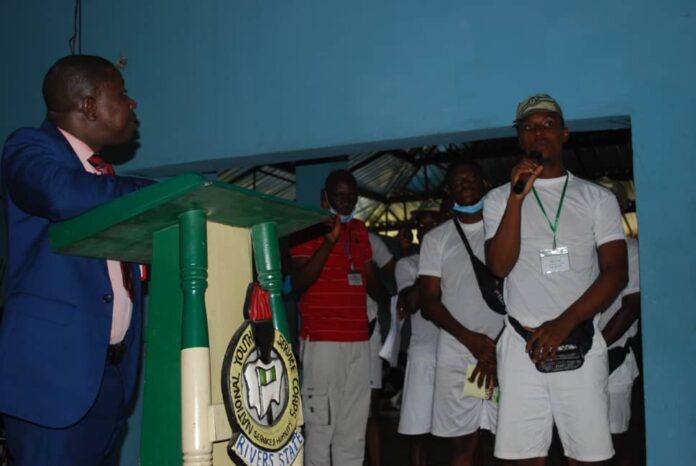 Executive Chairman of the Economic and Financial Crimes Commission, EFCC, Mr. Abdulrasheed Bawa, has called on corps members across the country to embrace whistle blowing as a potent means of enlisting in the fight against economic and financial crimes, including corruption.

Bawa made the call on Wednesday, 26 May, in an orientation lecture delivered on his behalf by Zonal Public Affairs Officers, to the Batch A, Stream 11 set of corps members at the various National Youth Service Corps’ (NYSC) Orientation Camps across the federation.

At Nonwa Orientation Camp in Rivers State, the EFCC Chief observed that, with whistle blowing, corps members would serve more useful purposes to the nation by exposing conducts that cast shadow on integrity, in their places of primary assignments.

“The message of the EFCC to you all this morning is that you should become whistle blowers in any place where you find yourself by reporting acts that fail the simple test of integrity. ” We urge you, when you see something, to say something; and don’t stop there, please do something”, Bawa said.

As a practical way of performing the whistle blowing role, Bawa, represented by the Head, Public Affairs, Port Harcourt Zonal Office, Mr. Dele Oyewale, tasked corps members to join the EFCC/ NYSC Community Development Group, and use the platform to expose any corrupt acts noticed in their environment.

In the specific task of fighting cyber crimes, the Anti-graft agency’s boss admonished corps members to serve as role models by shunning all forms of cybercrimes.

“There is no shortcut to wealth and fame. The fact that the rate of unemployment is high should not be an excuse to resort to crime”, he said.

Also speaking to the corps members at the NYSC Orientation Camp, Wannune, Tarka Local Government Area, Benue State, Bawa, represented by Adeniran Adebayo Samuel, Head of Public Affairs, Makurdi Zonal Office, charged them to join hands with the Commission in its efforts to rid the society of economic and financial crimes.

“The Commission realizes that enduring success in the fight against economic crime, including corruption can only be achieved when all stakeholders embrace this important fight. One critical group of stakeholders are the youths,” he said. 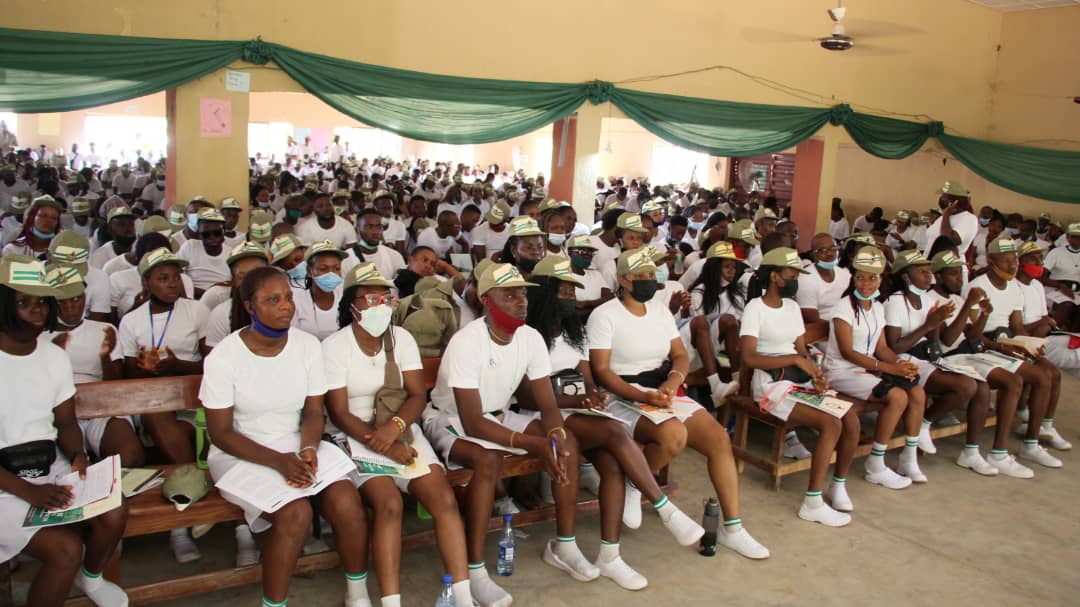 In Kaduna, the EFCC boss who spoke through the Kaduna Zonal Head, Mr. Harry Erin reiterated the importance of a collaborative approach to the fight against corruption, noting that “the success in the fight against economic and financial crimes, including corruption can only be achieved when all critical stakeholders, especially the youths embrace the fight”.

The EFCC helmsman thanked the NYSC for giving the Commission the opportunity to impact the corps members, while tasking the youths to stay away from acts of criminality.

At the Kwara NYSC Orientation Camp in Yikpata, Edu Local Government Area of the State, Bawa, represented by Ayodele Babatude Joseph, Head of Public Affairs, Ilorin Zonal Office, urged the youths not to be mere spectators in the anti-graft campaign, but foot soldiers of the fight by becoming change agents and help mould the minds of the younger ones in schools so that the fight against corruption, economic and financial crimes can be far reaching.

“Apart from the fact that they (youths) are considered as the leaders of tomorrow, most economic crimes, especially cybercrimes are committed by young people. It therefore follows that young people must not be mere spectators in the anti-graft campaign. Rather, they should actually be the foot soldiers leading the mass of corruption and economic crimes out of our land.”

“Yahoo yahoo is not a sustainable way of life. It is painful when our operatives arrests as much as 50 yahoo yahoo boys in a single raid. Add your voice to mine, because the fight against economic and financial crimes involves you and I; while I play my part, you will play yours.” Bawa said.

Similar messages were presented to corps members at the Kubwa Orientation Camp, Abuja and the NYSC Orientation Camp, Awgu, Enugu state where the EFCC boss was represented respectively, by Aisha Gambari and Ude Bethel of the Public Affairs Department

Niger Govt Thanks NEMA For Intervention In 2020 Flood Disasters