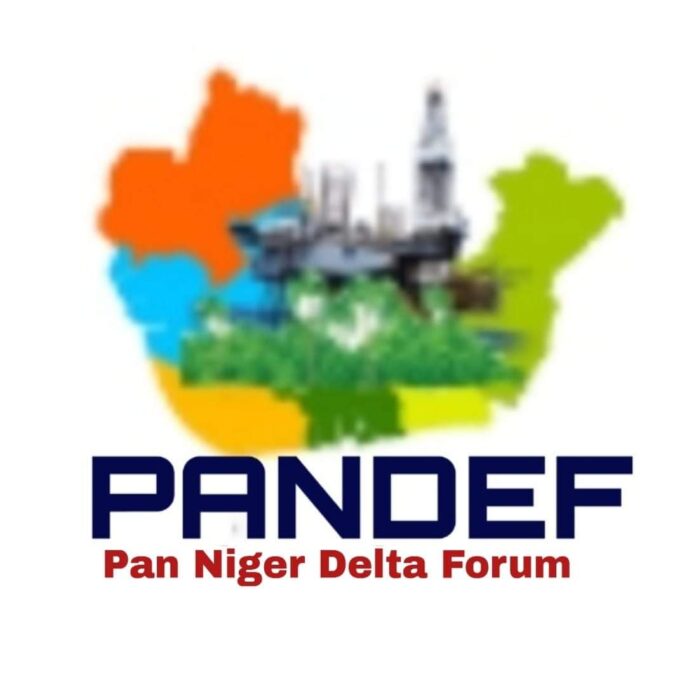 The Pan Niger Delta Forum (PANDEF) has given the Federal Government a one week ultimatum to inaugurate a board for the Niger Delta Development Commission (NDDC).

Leader of the forum, Chief Edwin Clark made the appeal on Friday in Abuja.

Clark, an highly respected elder statesman in the Niger Delta region said the inauguration of a board for the commission was critical in the interest of the people of the region.

Speaking on who becomes the commission’s board chairman, the elder statesman said there was no need for the perceived power tussle, adding that the best man should be given the job.

“The two persons involved are from my state and are my children, but all am interested in, is for a board to be inaugurated for the commission.

“And this should be done within the next one week, ‘’he said, adding that his desire was to see the better person for the job appointed.

Clark added that the inauguration of a new board for the commission was critical to enable it realise its mandate of impacting positively on the lives of the people of the region.

Speaking on the commission`s forensic audit initiated by Dr Cairo Ojougboh to audit the commission`s past records and verify projects before payments were made, Clark expressed hope that a new board would deliver a more acceptable audit.

He noted that the forensic audit which did not go down well with fraudulent contractors and some power brokers in the state had gulped so many monies.

Ojougboh who is the immediate past Executive Director of Project of the Niger Delta Development Commission (NDDC) hails from Ika South of Delta and he is a trained medical doctor and former member of the House of Representatives.

He graduated from the University of Benin with a Bachelor of Medicine (MBBS) in the1985 and contested the Delta governorship election in 2019.

Most Delta Stakeholders believed that Ojougboh is the best man for the post of the NDDC Board Chairman.

His preference they said stemmed from the fact that he is a no nonsense man with the capacity and ability to turn the commission around for good for the people of Niger Delta.

Notable stakeholders in the region are in agreement on the choice of Ojougboh, especially as they believe that the position should be spread.

A member of the Senate leadership who preferred to remain anonymous, however, said that the Senate would consider any nominee of the presidency based on merit.

The source recalled that Ojougboh’s name was earlier presented by the Minister of Niger Delta Affairs at a stakeholders meeting as the preferred choice for the position.

This, the source said was applauded as there was no descanting voice.

The source said it was however surprising that the minister consequently submitted the names of Ojougboh and Bernard Okumagba to the Senate.

This, he said, may have been done out of some pressure on the minister by a high ranking Senator from Delta who was bent on forcing his choice of candidate on the people of Niger Delta.

The source wondered why the people of the region would not be allowed to have their choice candidate as was the case in board appointments.

The source said that while the presidency was waiting for the conclusion of the forensic audit on the commission before constituting a board for it, most auditors see the exercise as a scam and a lost cost.

The people of the region believe that it was only a properly constituted board that could initiate the process that would deliver an acceptable forensic audit of the commission.

They said the forensic audit was a scam and that they could therefore not wait for it to be completed before a board was constituted for the commission.

The position of Executive Chairman of the NDDC had been a subject of much debate. A compromise was reached where the position would be rotated within the nine oil producing states in alphabetical order: Abia, Akwa Ibom, Bayelsa, Cross river, Delta, Edo, Imo, Ondo and Rivers.

But the board has not been constituted since January 2020 when the previous board was disbanded to allow forensic investigation.

On June 10, the House of Representatives asked President Muhammadu Buhari to constitute the Board of the Niger Delta Development Commission (NDDC).

The lawmaker urged the government to comply with sections 4 and 12 (1) of the NDDC Act, by appointing Chairman of the commission from Delta State, Managing Director from Ondo State and Executive Director, Finance and Administration from Edo State.