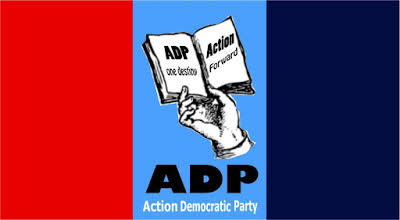 The Action Democratic party (ADP), has commended President Mohammadu Buhari for appointing Prof. Ibrahim Gambari as his new Chief of Staff (CoS).

The party made this known in a press statement it issued on Friday which was signed by its national chairman, Mr. Yabagi Sani and made available to the press.

Mr. Sani said that with the appointment of Prof. Gambari to replace his late CoS (Abba Kyari), the President just pushed a restart button that will restart his administration. And that the appointment is coming at a time when a man with such high pedigree is needed to coordinate the political class within the presidency.

“Prof. Gambari’s appointment is coming at a time when the Presidency is in dire need of a selfless Nigerian whose pedigree and nationalistic virtues will help in coordinating the activities of the political class, government functionaries and personal staff of Mr. President.

“ADP is not unmindful of Prof. Ibrahim Gambari’s excellent credentials and landmark achievements in the public service, both as a scholar, policy maker, technocrat and diplomat, some of his experiences which the hitherto incoherent policy direction of the government will be put task especially as the nation battles with the twin evils of Covid 19 pandemic and dramatic crash of Oil price with its dire consequences on the security and welfare of Nigerians.”

The party used the opportunity to congratulate the new CoS for his well deserved appointment. “The ADP will like to use this medium to congratulate Prof. Ibrahim Gambari on his new appointment as the Chief of Staff to the President. We implore him to maintain a high sense of responsibility, tenacity that he is known for, and NOT allow himself to be dragged into the murky Waters of politics especially as we approach 2023.”

The party advised Prof. Gambari to see Nigerians as equal stakeholders and not lose focus of making Nigerians feel a sense of inclusiveness in this Buhari administration.

“Finally, as a credible alternative political party, ADP can only wish you a successful tenure of office and advise that you remain focused on instituting empathy and promoting sense of belonging by all Nigerians in PMB’s government,” he said.