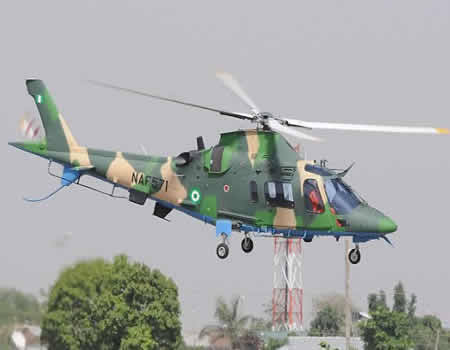 Air interdiction missions being conducted by the Air Task Force of Operation Lafiya Dole, as part of subsidiary Operation Wutar Tabki 2, have continued to deal decisive blows on terrorist elements in the North East zone of the Country.

The latest of these missions were achieved on 1 and 2 December 2020, at Bone and Mudu, two settlements along the Yale-Kumshe axis of Borno State, as well as at a third location, simply known as the ‘S’ Region, within the heart of the Sambisa Forest.

In a statement signed by the Coordinator, Defence Media Operations, Major General John Enenche, the air strikes, which were executed employing a force package of Nigerian Air Force (NAF) fighter jets and helicopter gunships, were carried out after series of Intelligence, Surveillance and Reconnaissance (ISR) missions revealed pattern-of-life evidence indicating that the three locations were being used as staging areas where the terrorists store their weapons and logistics items as well as plan and launch attacks.

The NAF attack aircraft engaged the target areas in successive passes, leading to the destruction of some of their structures and logistics stores as well as the neutralization of several of the insurgents. A suspected anti-aircraft gun station was also taken out at the Sambisa ‘S’ Region as the terrorists fired at the NAF attack aircraft.

Our Stand On Currency Conversion -CBN