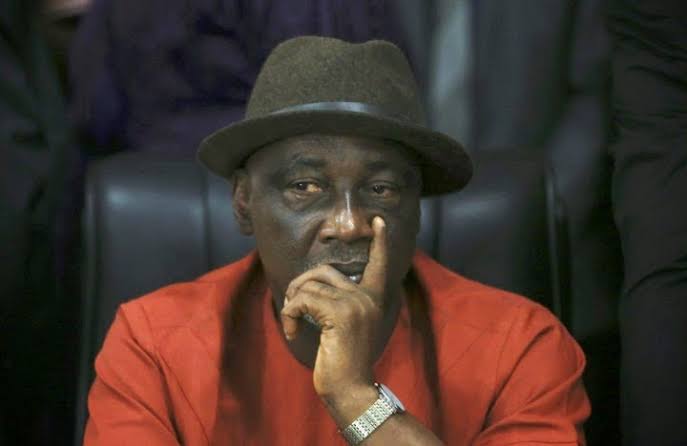 Former Minister of Interior, Abba Patrick Moro, yesterday, December 3, 2020, began his defence before Justice Nnamdi Dimgba of the Federal High Court, Abuja, stating in his testimony that the March 17, 2014 recruitment exercise of Nigeria Immigration Service, (NIS) was marred by controversies, nepotism, job racketeering and lopsidedness, which derailed the exercise even before he was appointed minister of Interior.

Moro entered his defence on counts two, four, five and 11 out of the 11- count charges preferred against them by the Economic and Financial Crimes Commission, EFCC, given that the rest of the charges were dismissed in his “no case submission.”

Testifying as first defense witness (DW1), and led by his counsel, Paul Erokoro, SAN, he said the Ministry of Interior, sometime in December 2012, received a waiver from the Office of the Head of Service for the recruitment of 4,556 (Four Thousand, Five Hundred and Fifty-six) officers, which he directed be to recruited accordingly.

He said he had to cancel the initial exercise with assurance to the country that he was going to enthrone a cost effective and modern method of recruitment, which he said, saw to a proposal from a technology company for an e-recruitment platform.

According to him, the e-recruitment platform was adopted and forwarded to the procurement department for vetting and approval as well as the Ministerial Tenders Board, which approved Drexel Technological Ltd for the project for a period of five years, and forwarded to his office for endorsement.

Moro told the court he was not a member of the Ministerial Tenders’ Board and did not influence the award to Drexel Ltd. He also denied inviting any company for the bidding exercise.

“I am not a member of the procurement department and I couldn’t have influenced anybody and therefore did not commit any fraud”, he said.

Moro also told the court that he could not have caused the stampede that claimed the lives of applicants in the recruitment exercise, because the recruitment process, according to him, started in 2012 and was eventually carried out in 2014.

Moro is facing trial alongside Anastasia Daniel-Nwobia, a former permanent secretary in the ministry; F. O. Alayebami, a deputy director in the ministry, Mahmood Ahmadu, currently at large, and Drexel Tech Nigeria Limited, a firm involved in the ill-fated recruitment exercise, for money laundering, abuse of office, procurement fraud and fraud against Nigerian applicants to the tune of N675, 675,000 (Six Hundred and Seventy-five Million, Six Hundred and Seventy-five Thousand Naira only).

Justice Dimgba adjourned the matter till February 23, 24 and 25, 2021, for Moro’s cross-examination and continuation of trial.