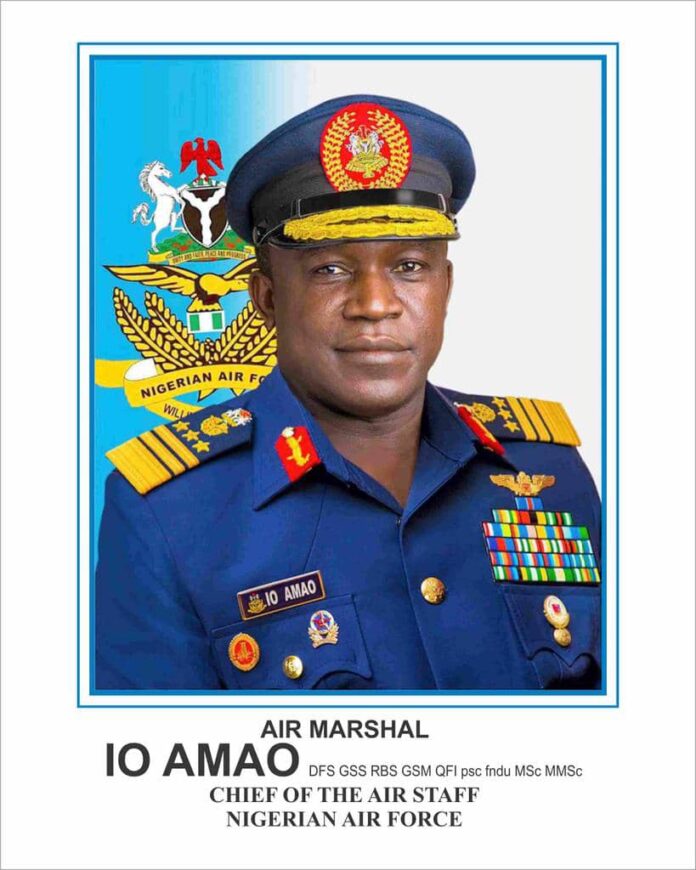 Chief of the Air Staff CAS, Air Marshal Oladayo Amao, has assured the Governor of Kaduna State, Malam Nasir El-Rufai, of the readiness of the Nigerian Air Force NAF to rid the state of banditry.

Amao also reiterated the readiness of NAF to rid the entire country of all forms of criminality.

A statement by the Director of Public Relations and Information, NAF Headquarters, Air Commodore Edward Gabkwet, said the CAS reiterated the preparedness of the Force to rid not only the state but entire country of all forms of criminality when he paid a courtesy call on the governor at Sir Kashim Ibrahim House, Kaduna.

TheFact Nigeria noted that Amao intimated the governor of President Muhammadu Buhari’s marching orders to the service chiefs to rid the entire country of all criminal elements, a task, he said, the services have sworn to execute expeditiously.

The CAS thanked the governor for his support to NAF, even as he commended him for his monumental developmental strides as well as his zeal towards solving the security challenges in the state.

In his remarks, El-Rufai thanked the CAS for the visit and singled out NAF personnel for their professionalism, dedication and integrity in all dealings with the State Government.

El-Rufai noted that for a long time, Nigerians have taken peace and security for granted until the current spate of insecurity plaguing the country.

The governor enjoined on all Nigerians to appreciate and support the efforts of the military as they continue to make efforts to keep the nation and its citizens safe.

“The security situation could have been worse but for the efforts of our Armed Forces,” he said, adding that governors from the North-West zone had agreed to assist the military, particularly in employing scientific measures towards containing insecurity.

El-Rufai took the opportunity to reiterated the resolve of his administration not to pay any ransom to bandits and kidnappers.

“We will not pay a penny to any bandit. In spite of threats of kidnapping, schools will continue to remain open.”

According to him, the decision to keep schools open was taken so as to disallow criminals to dictate the education of children in the state, noting that the ability of the military to swiftly respond to kidnapping further gives the state the confidence to keep schools open.

Earlier, the CAS had toured units in NAF Base Kaduna, where he was briefed on ongoing operations within the state and the entire North-West Zone.

The CAS also held an interactive session with officers, airmen and airwomen of the Air Training Command ATC and co-located units in the state, where he reiterated the need for joint action and cooperation with sister services and other security agencies to secure the country.

“No real success can be achieved if we do not work together. We must also note that there are no individual trophies in the fight against insecurity”, Amao said.

The CAS reminded the personnel to remain disciplined in the discharge of their duties, and assured them of adequate measures to take care of all their welfare needs.