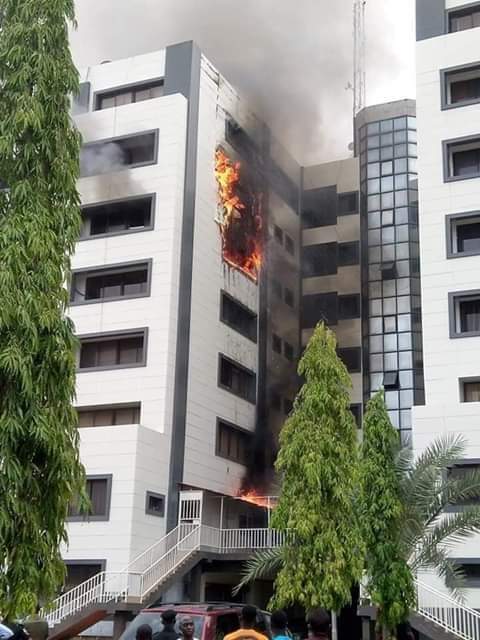 The Treasury House which is the office of the Accountant General of the Federation in the Federal Capital Territory, Abuja, is currently on fire.

The Fact gathered that the fire started from around the third floor, razing the building upwards including the Accountant General’s office and most of the important offices.

Firefighters appeared helpless as they complained that they didn’t come with equipment that could reach the top floors where fire is raging.

He also noted that the investigation will also give a deeper insight as to the extent of damage wreaked.