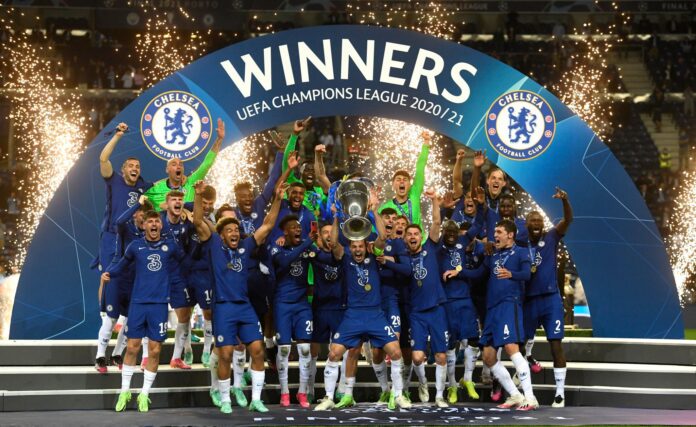 Chelsea were crowned European champions for the second time as Kai Havertz’s first-half strike sealed a 1-0 victory over a lacklustre Manchester City in Porto.

Thomas Tuchel’s side, who lost Thiago Silva to injury in the 39th minute, were sent on their way just before half-time as Mason Mount’s superb pass picked out the run of Kai Havertz (42), who rounded Ederson and calmly finished into an empty net for his first Champions League goal.

Man City, who picked an extremely attacking line-up, were far from their fluent best and their task was made even more difficult when Kevin De Bruyne was forced off because of a head injury in the 60th minute.

After substitute Christian Pulisic missed a guilt-edged chance to wrap up victory, City turned to Sergio Aguero for one final time, but an equaliser proved elusive as Chelsea, who defended heroically, held on to end their season on a high.

The victory banished memories of their FA Cup final disappointment earlier this month and seals their first piece of silverware under Tuchel, who replaced Frank Lampard back in January. 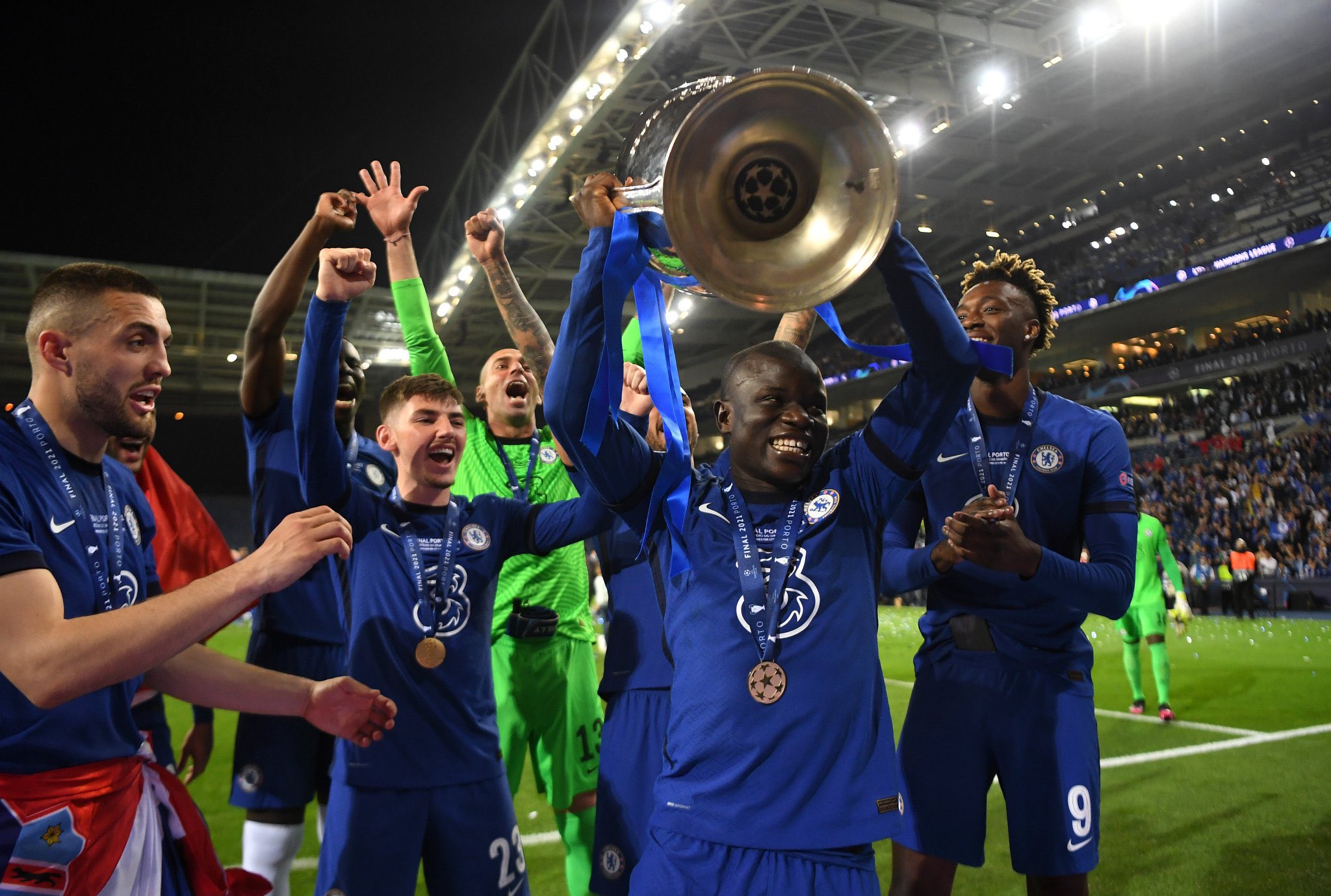 The game caught fire early on and it was City who created the first opening, Ederson measuring a perfect long ball over the top for Sterling, but the England international’s first touch let him down, allowing Reece James to get back and get a foot to the ball. It forced Sterling wide and Edouard Mendy was out quickly to make a block from a tight angle.

Guardiola’s line-up was clearly designed with attack firmly in mind, but it did leave them exposed at times without the ball and Chelsea created two good early chances on the counter. Both fell to Timo Werner, but he was unable to convert either, first missing his kick in front of goal after being picked out by Havertz’s cut back before shitting a low strike straight at Ederson.

At the other end, City started to find some rhythm and De Bruyne looked to have laid the ball on a plate for Phil Foden, who was just about to get his shot away when Antonio Rudiger slid in with a goal-saving sliding tackle.

Chelsea then suffered a blow when Silva landed awkwardly and appeared to pick up a groin injury. He tried to continue but was eventually forced off in the 39th minute and replaced by Andreas Christensen.

However, Tuchel’s side brushed off the disappointment of losing the Brazilian to take the lead three minutes before the interval.

Mount’s brilliant pass carved opened up the City defence and released Havertz. Ederson rushed out to meet him at the edge of the area and got a touch but the German forward kept his composure to regain possession and roll the ball into the empty net. 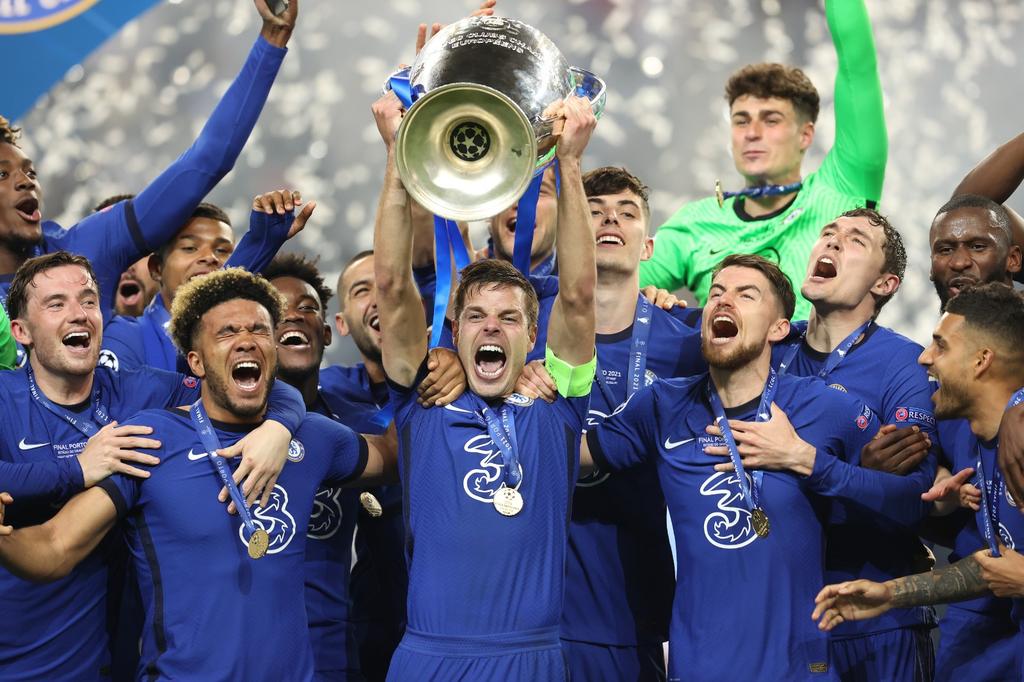 After a brighter start to the second half, City’s hopes of getting back into the game were dealt a huge setback just before the hour when De Bruyne was forced from the field after taking a blow to the head following a collision with Rudiger.

The Belgian left the field in tears as Gabriel Jesus came on in his place and it almost got even worse for City when substitute Pulisic, who looked certain to double his side’s lead, chipped the ball over Ederson but wide of the far post after another swift Chelsea breakaway.

Man City turned to Sergio Aguero for one final time with 15 minutes remaining and they were inches away in the dying stages of seven minutes of stoppage time when Riyad Mahrez’s strike left Mendy stranded, but the ball clipped the top of the crossbar.

There was to be no fairy-tale ending for Aguero, who is set to leave City this summer, as Chelsea held on to take Europe’s biggest prize back to west London. (Skysports) 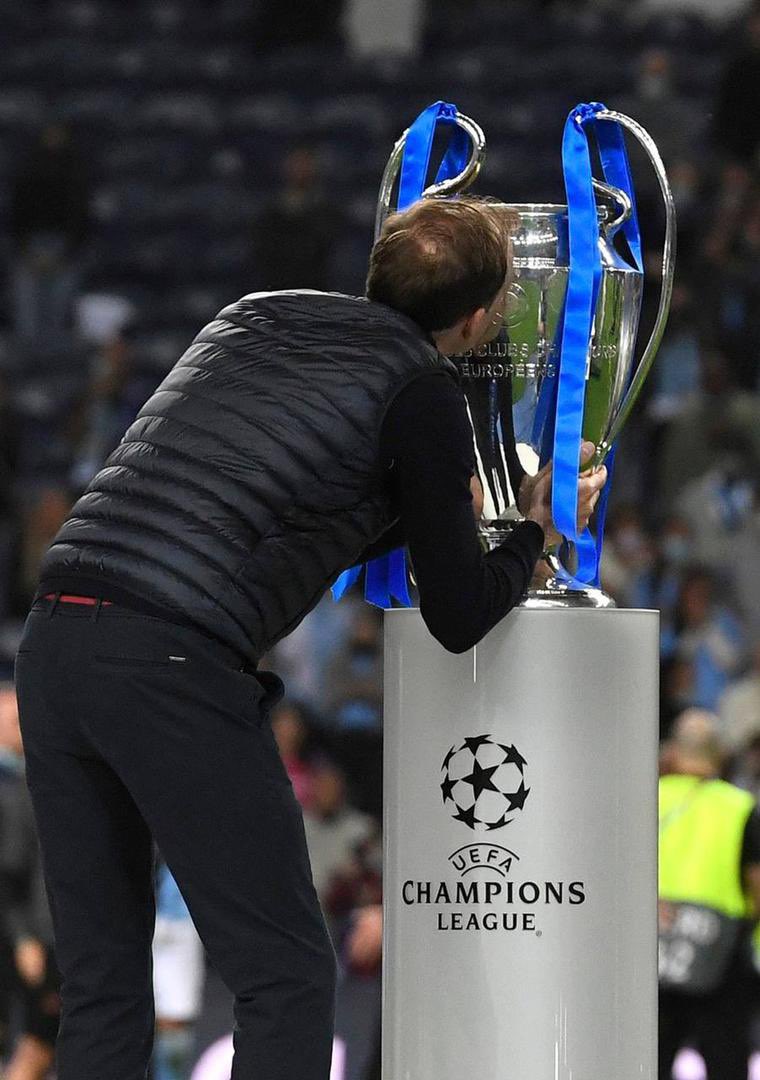