The Executive Secretary of the Nigerian Christian Pilgrim Commission (NCPC), Revd. Yakubu Pam has commended the Christians living in Gombe state for maintaining a peaceful coexistence with their Muslim counterparts.

Pam disclosed this in a statement signed by Godiya Mathew, for NCPC Media and Public Relations unit on Thursday in Abuja.

The Reverend who made the assertion recently in a meeting with Exco members of Gombe state chapter of Christian Association of Nigeria (CAN) said, in his years of Peace and Advocacy campaign, Gombe, Adamawa and Bauchi States recorded to be amongst the peaceful States in the North.

According to him, “he has come with words of encouragement to the Gombe Church.”

He charged Christians in Gombe State to continue in their Peace Building activities and ensure that they create a supportive environment for sustainable peace and development with the brethren in the other faith.

He said, “Gombe State should be an example not only to the states in the North East, but also to Nigeria at large”.

In his words, “always know that Peace does not mean the absence of Conflict” as such, Christians should ensure to prevent reoccurring conflicts like land issues or ethnic group crisis prevalent in Nigeria.

He applauded the Governor of Gombe State, Alhaji Muhammed Yahaya and also the security agencies in the state for their hardwork and relentless efforts in averting crisis in the state. 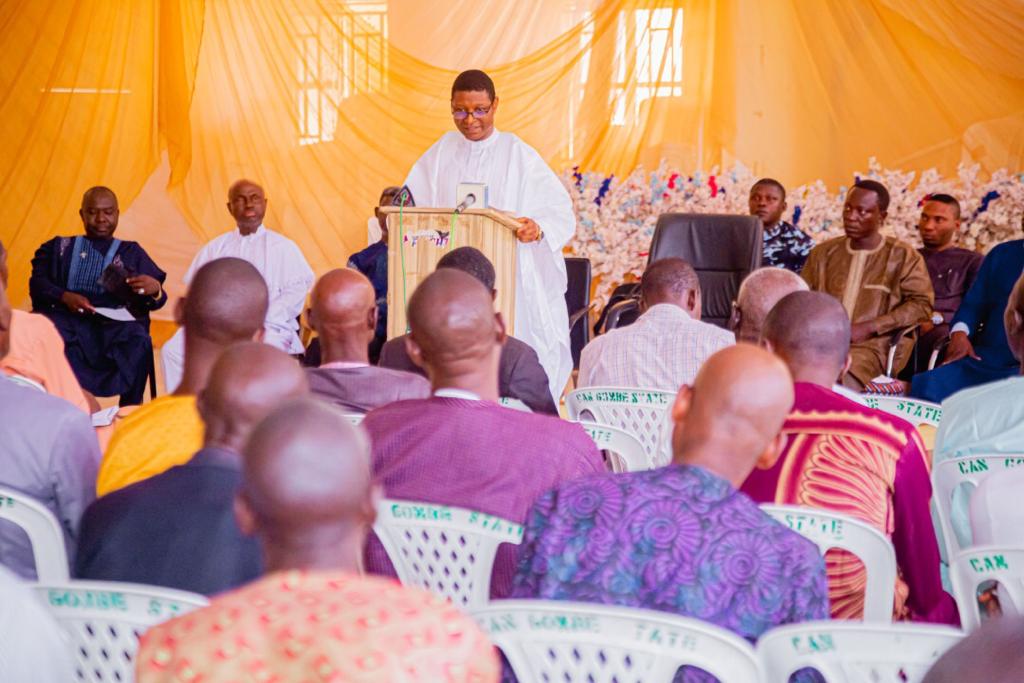 In the same vein, the Executive Secretary hinted on the mandate of the Commission which was to explore other holy sites around the world which birthed the adding of Jordan pilgrimage destination and going forward, countries like Turkey would be explored as sites like the Church in Antioch where Christians were first called Christians and The House of Apostle Paul in Tarsus.

The NCPC boss also used the platform to inform the CAN officials of the success of the Commission’s recent special Pilgrimage to Rome in which some of the pilgrims were able to meet with Pope Francis at the Vatican.

He further explained that though the pilgrims were unable to visit Israel due to logistics issues but that did not diminish the real essence of the special Pilgrimage to Rome.

The Gombe State CAN Chairman, Rev. Fr. Joseph Shingah appreciated the Executive Secretary for his support and encouragement to the Church in Gombe, according to him, “This visit will remain special to the church and CAN Gombe State Chapter”.