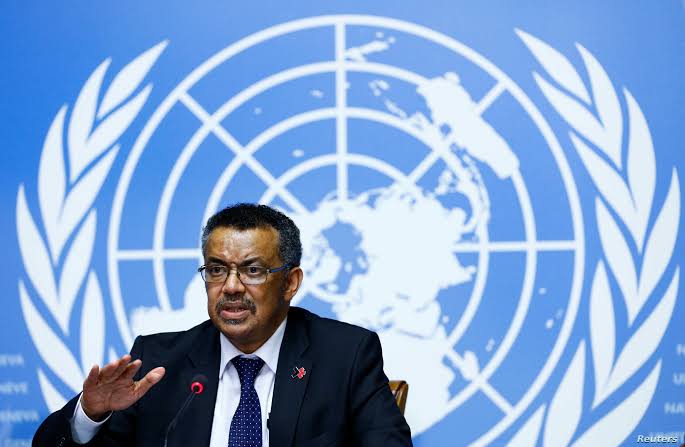 The Director General of the World Health Organisation (WHO), Dr. Tedros Adhanom Ghebreyesus said confusion, complacency and inconsistency in public health measures and their application are driving transmission of the Corona virus and costing lives.

Dr. Tedros who revealed this at a press briefing yesterday lamented the increasing number of deaths despite the fact that more than 780 million doses of vaccine have been administered globally.

Worst hit are countries in Asia and the Middle East  who have seen large increases in cases.

Intensive care units in many countries are overflowing and people are dying, this according to him is totally avoidable.

“Make no mistake, vaccines are a vital and powerful tool. But they are not the only tool.

He pointed that so many countries around the world have shown that the virus can be stopped and contained with proven public health measures and strong systems that respond rapidly and consistently.

As a result, many of those countries have gained control over COVID-19, and their people are now able to enjoy sporting events, concerts, restaurants and seeing their family and friends safely.

“WHO does not want endless lockdowns. The countries that have done best have taken a tailored, measured, agile and evidence-based combination of measures.

“We too want to see societies and economies reopening, and travel and trade resuming,” he reiterated.

According to him, in some countries, despite continuing transmission, restaurants and night clubs are full, markets are open and crowded with few people taking precautions.

To those treating the virus with kids’ gloves due to misconceptions that if they are relatively young, it doesn’t matter if they get COVID-19, he explained that the disease is not flu. Young, healthy people have died. And we still don’t fully understand the long-term consequences of infection for those who survive.

In his closing remark, he reminded that the pandemic is a long way from over.

“The decline in cases and deaths during the first two months of the year shows that this virus and its variants can be stopped.

“With a concerted effort to apply public health measures alongside equitable vaccination, we could bring this pandemic under control in a matter of months.

Whether we do or not comes down to the decisions and the actions that governments and individuals make every day,” he explained.