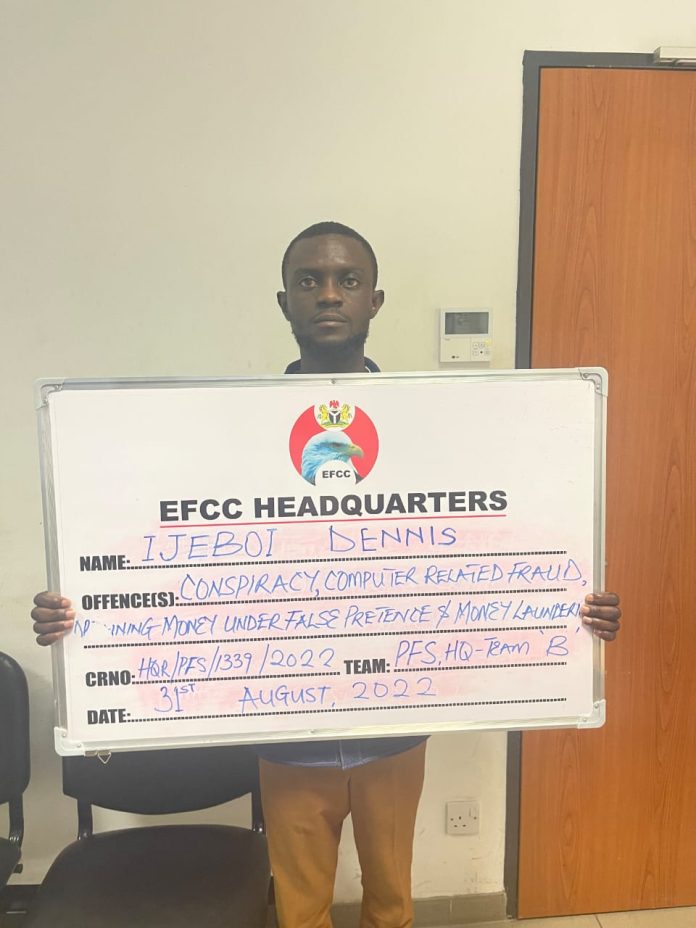 The Economic and Financial Crimes Commission, EFCC, has arraigned two persons for conspiracy, and obtaining the sum of N2.8m under false pretense.

According to the charge, the defendants conspired to defraud one Holly Ngo, a United States Citizen while posing as American doctors stranded in Afghanistan.

Counsel to the defendants, S.T Sanni attempted to abort the planned arraignment of the defendants as he informed the court that the defendants only received the charge and proof of evidence on Wednesday, November 16, 2022. 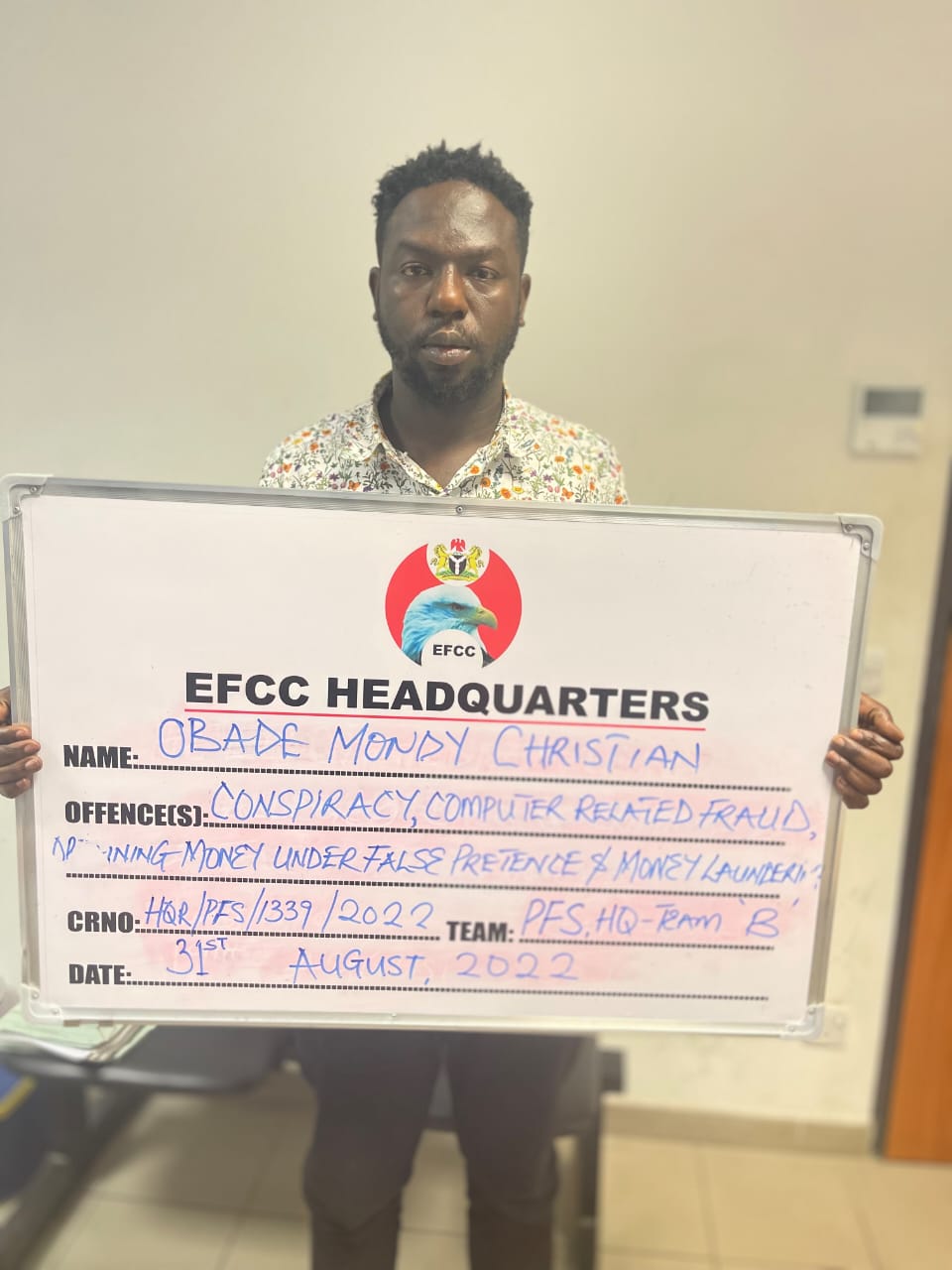 However, his objection was overruled by the judge, who ruled that the prosecution had complied with Section 35 of the Constitution by producing the defendants in Court, and ordered that arraignment of the defendants should proceed.

Count two of the charge against the defendants read, “That you, Ijeboi Dennis (aka Andrew Tran Huynh), Obade Monday Christian (aka FBI Commander/Diplomat Director), Ekhoguagbon Osazuwa Patrick (aka Patrick Paul, still at large) and Omage Emmanuel Omole (now deceased) between January 2021 and September 2021, in Abuja, within the jurisdiction of the High Court of the Federal Capital Territory, with the intent to defraud, obtained an aggregate sum of $2,8822,860.00(Two Million, Eight Hundred and Twenty Two Thousand, Eight Hundred and Sixty United States Dollars) from Holy Ngo, a United States Citizens under the false pretense that you were American doctors stranded in Afghanistan, which you knew to be false and thereby committed an offence contrary to Section 1(1)(a) of the Advance Fee Fraud and Other Fraud Related Offences Act, 2006 and punishable under Section 1(3) of the same Act.”

They pleaded not guilty to the charges.

Justice Baba Shani remanded the defendants at the Suleja Correctional Facility and adjourned the matter till January 11, 2023 for trial.