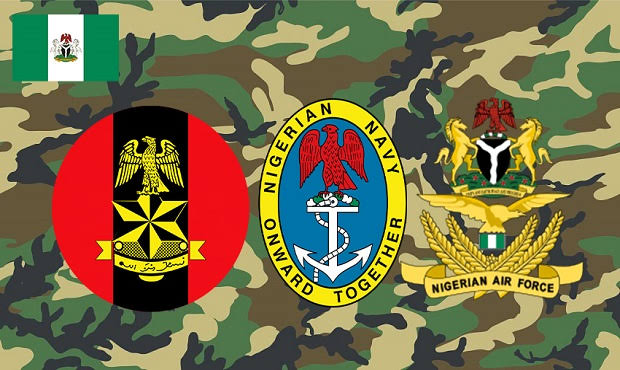 President Muhammadu Buhari has challenged Heads of Security and Defence Services to remain resolute in promoting national aspirations to end insecurity in the country.

President Buhari gave the charge today in a message delivered at the graduation ceremony of the National Defence College Course 28 held in the College premises, Abuja.

In a press statement released by the Special Assistant (Media and Publicity) to the Minister of Defence, Mohammad Abdulkadri, President Buhari, who was Special Guest at the occasion and was represented by the Minister of Defence, Major General Bashir Salihi Magashi (rtd), stressed the need for the implementation of what he defined as comprehensive security philosophies in tracking and tackling criminalities and insecurity in parts of the country.

The Commander -in- Chief advocated a return to the long established principles of jointness and synergies among the Armed Forces, the Nigeria Police, Intelligence and Security Agencies to win the fight against the adversaries.

While giving assurances of the resolve of his administration to sustain the trajectory of defence reformation, transformation, reorganisation, expansion and modernisation, President Buhari said the National Defence College as the highest Nigerian Military training institution will be supported in the discharge of its mandate.
He blamed what he described as complex and amorphous national security challenges, on the interconnected world, in which the issues of insecurity criss-cross international borders.

Reaffirming his unshaken faith in the nation and the “Nigeria First” philosophy, the President tasked Nigerians to harness the national strength in diversities and bridge political divides to emplace political re-engineering based on equality and mutual trust.

The President, who reiterated his administration’s consolidation of peace in the Niger Delta Region, as well as the recovery of vast territories overtaken by terrorists, saluted the gallantry of the troops, assuring that their sacrifices shall not be in vain.

Highlights of the graduation ceremony for the one hundred and seven participants were presentation of certificates,
conferment of Fellowship on graduands, recognition of award winners and unveiling of the NDC Strategic Lens 4 by the Defence Minister on behalf of the President.

Why We Suspended Azman Air- NCAA