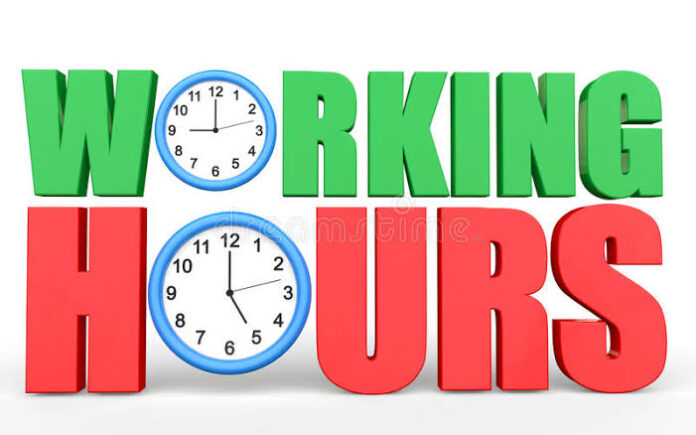 We’ve all likely stayed later at work when we’ve been super busy or had to catch up on work, however sadly, in recent years, long working days and taking work home has become the norm for many employees.

Not only is this causing employees to miss out on enjoying the pleasures of life and spending quality time with family and friends, but it might also not be worth the hassle.

On average, in South Africa, employees work some of the longest work weeks at around 2,209 hours a year. 18.1% of workers worked very long work weeks of 50 hours or more, which is significantly more than the Organisation for Economic Co-operation and Development’s (OECD) average of 13%.

Last year, Microsoft trialled a four-day work week, resulting in a 40% boost in productivity, suggesting that perhaps it isn’t necessary for employees to be putting their life and soul into their job when the same amount of work can be done in a considerably shorter amount of time.

Productivity can be enhanced through industry software, such as accounting software for small businesses, which can help financial and accounting professionals to evolve business productivity. Some businesses may discover that the path to increasing productivity isn’t working hard but working smart.

Here, we’ll look at working hours around the world, looking at whether working overtime boosts economy performance. Are longer working hours worth it in certain countries?

South Africa and Mexico have the longest working weeks

From the data, as mentioned before, South Africa’s working week is the longest at 2,209 hours a year. Considering the overtime workers are putting in, their economy is worth $349.4 billion, the 10th smallest of the countries analysed.

South Africans have been hailed as some of the hardest working across the world, with research reporting they are three times more likely to work a 60-hour work week than their American counterparts, despite labour laws forbidding being asked to work over 45 hours a week.

However, South Africa’s economy has experienced an upward trend over the last ten years — is this boost from the hard-working nation, and would it be significantly worse off without overtime?

Mexico’s economy is worth $1.27 trillion, Costa Rica $57.06 billion, Korea $1.63 trillion, and Russia $1.64 trillion. Although Costa Rica’s GDP is relatively small in comparison to other countries, it is a small but stable country which wouldn’t generate trillions of dollars.

In June of 2018, South Koreans were forced to cut down on the hours they were working to introduce a better work-life balance and help boost the falling birth rate. With so many more Koreans previously working 50 hours or more a week than other countries, the GDP doesn’t outrank many others.

The country that works the least: Germany
Germany works the fewest hours per week at 1,362 a year, with 4.3% of the population working 50 hours or more. Considering a significantly lower work week than other countries, Germany’s economy is the third largest at $3.86 trillion.

At the start of 2018, millions of Germans won the right to reduce their work week to 28-hours to help them achieve a good work life balance and spend more time with their loved ones and doing things they enjoy.

It seems that countries don’t need to work long hours to get more work done — Germany has been recognised as one of the most productive countries with a booming economy despite a cut in hours, striking the ideal work life balance while being 27% more productive than the UK.

Iceland has the smallest economy at $23.91 billion, followed by Finland at $251.9 billion, Denmark at $324.9 billion, and the Netherlands at $902.36 billion. A 2017 report found that Norway is one of the most productive countries despite having one of the shortest working weeks.

Lead researcher of Expert Market, Adelle Kehoe, said: “Our data has shown, both this year and last year when we first ran the study, that there is a definite correlation between a shorter working week and productivity.

“Countries that have shorter working weeks in general are more productive, whereas countries which have a culture of presenteeism, and long desk hours actually get less out of their teams.”