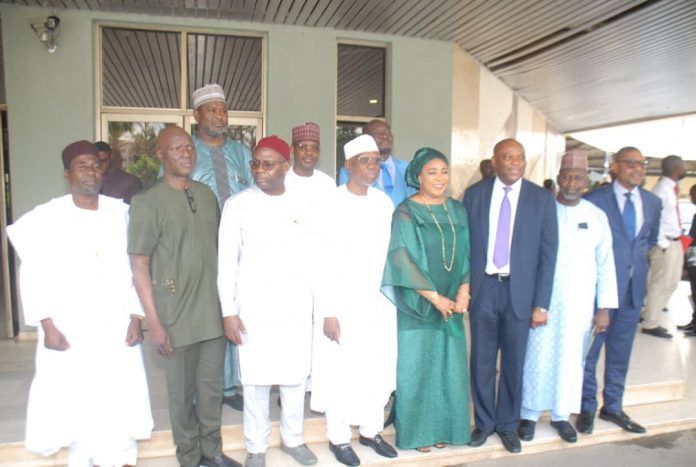 After two years delay, the Federal Government has inaugurated the governing councils of the four (4) Federal Universities of Agriculture in the country.

Minister of Education, Mallam Adamu Adamu inaugurated the Council comprising of 16 members and 3 Chairmen on Thursday, September 8, 2022 in Abuja.

TheFact Daily gathered that the Council was announced two years ago, however, they could not be inaugurated until this year.

The Minister who was represented by the Minister of State for Education, Rt. Hon. Goodluck Opiah explained that they would have been inaugurated long ago but for some misconceptions on domiciliation because of their specialized nature.

Also, “with President Muhammadu Buhari’s unambiguous directive that they should be under the Federal Ministry of Education, that issue is settled and today marks the beginning of gaining time on lost grounds”, he said.

Opiah further stated that the Council was expected to make deliberate efforts to diversify the sources of funding and support for the universities.

They were also expected to stimulate rapid growth for the universities, make them more competitive and attractive in strict adherance to the Universities’ Masterplans, Academic briefs and Strategic Plans.

According to him, “It is also important to point out that Governing Councils are constituted according to the extant law establishing them and have a four year tenure provided the Councils are not found wanting on issues of accountability, transparency and due process.

“Your work is already cut out for you in line with the Federal Government’s belief in agriculture as the solution to a myriad of socio economic problems is anchored on the fact that a nation cannot assume her true status of nationhood if she cannot feed her people and this is one of the reasons for the establishment of the Federal Universities of Agriculture,” Opiah said.

Responding on behalf of other members of the governing councils, the chairman Governing Council of Federal University of Agriculture Makurdi, Edith Uwajumogu promised not to betray the confidence reposed in them but would add value to the various universities.

She also expressed the Council’s readiness to complement the efforts of Government in revamping the country’s Universities.