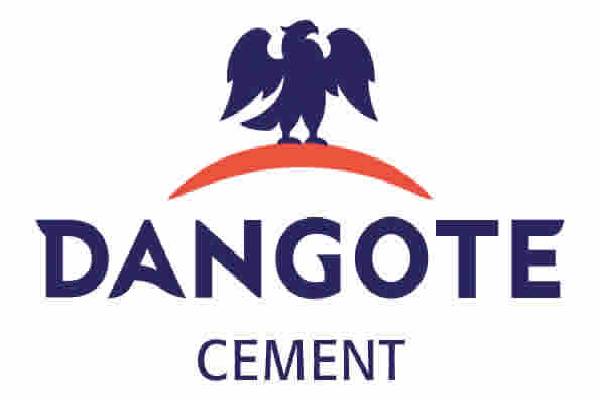 There were huge scenes of jubilation among affected host communities following the Federal Government’s order for the immediate reopening of the Dangote Cement Plc plant at Obajana in Kogi State.

Members of the host communities from Iwaa, Oyo, Obajana, and Apata who spoke to newsmen said they could now heave a sigh of relief as the consequences of shutting down the factory were better imagined than described, a situation which was worsened with the recent ASUU strike that kept students at home across the country.

Recall that the National Security Council (NSC), chaired by President Muhammadu Buhari, had Friday directed the reopening of the cement plant, after raising concerns about job losses, potential increase in criminality and resultant unemployment in the area and the State due to the shutdown.

Minister of Interior, Alhaji Rauf Aregbesola told newsmen that an agreement had been reached between the Dangote Group and the Kogi State Government on the need to reopen the factory, while urging both parties to respect the agreement.

Reacting to the latest directive, Secretary of the Association of Fresh Fish Dealers at the Obajana market, Mrs. Lola Adinu, told newsmen that her association members were overjoyed when the news came that the Federal Government had ordered the reopening of the factory.

Mallam Bala Dreba, a 50-year-old commercial motorist plying the 43km concrete Obajana-Kabba road that was constructed by Dangote Industries Limited, said travelers from the South and from the North were apprehensive about the security of the road and its environs since the recent invasion of the company by Government vigilantes. Dreba said the road is now the most important road network linking the Northern and Southern parts of Nigeria.

Commercial motorcyclists who brandished green leaves in victory were seen cruising in different directions on Friday evening and Saturday morning to celebrate the announcement by the Federal Government.

Adamu Ibrahim, a 45-year-old commercial motorcyclist, and father of four lamented that commercial activities had been paralysed after the invasion of the plant by thugs. He expressed joy that the situation is now reverting to the usual economic bustle in Obajana.

A community leader, Pa Isaac Ade, said the Federal Government’s announcement was welcomed with jubilation in his neighbourhood because the lives and the livelihood of the host communities revolve around Dangote Cement Plc.

The Manufacturers Association of Nigeria (MAN), the Nigeria Labour Congress (NLC), the Nigerian Economic Summit Group (NESG), the Trade Union Congress (TUC), and the Shareholders Associations in Nigeria, had all berated the Kogi State Government over the invasion and the closure of the cement company.

The associations said the hasty move by the state in resorting to self-help could send the wrong signal to investors within and outside the country.

Peter Dare, a businessman at the Obajana main market described the closure situation as worrisome, but added that activities in the market were picking up soon after the government ordered the reopening of the factory. He said thousands of people would have been impoverished if the company was not reopened.

At Iwaa, location of the multi-million naira hospital built by the Dangote Cement Plc, the story was the same, as residents were jubilating that the Federal Government waded into the crisis and rescued the situation.

A Septuagenarian, who sought anonymity, said he had been wondering how he would offset the tuition fees of his two children in the university following the calling off of the eight-month-old industrial action by the Academic Staff Union of Universities (ASUU).

Some of the Dangote Cement staff who are indigenes of Kogi State welcomed with excitement the intervention of the Federal Government. They had earlier expressed fear that the closure would have sent them out of jobs.

Dangote Cement Plc Obajana Plant had said that most of its workforce, and technical students at the Dangote Academy situated in Obajana are indigenes from Kogi State.

In a statement, the Advocacy Centre for Industrialisation in Africa (ACIA) had expressed regret that the invasion and forceful closure of the Dangote Cement Plc at Obajana has cast a shadow on the Ease of Doing Business in the state.

The Arewa Youth Assembly, a conglomeration of youth groups in the 19 northern states had vehemently condemned the Kogi State Governor Yahaya Bello, describing his closure moves as a war against employment and the youth.