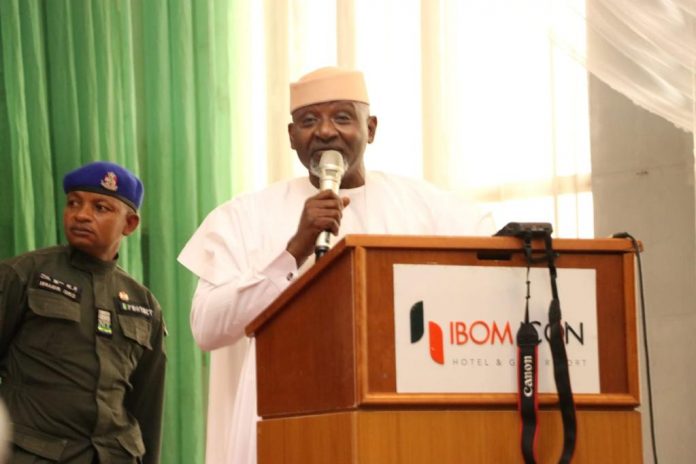 The Federal Government has promised that it would soon develop enough Inland waterways that would move cargoes by barges to their ports of destinations.

The Minister of Transportation, Mu’azu Sambo gave the assurance at the on-going 2022 Ministerial Retreat in Uyo, Awka Ibom State.

“We want to make sure that Inland waterways transportation is developed in such a way that movement of containers and other cargoes by barges from Lagos through the intra-coastal routes to hinterlands will become the new normal”, Sambo said.

Director, Press and Public Relations, Eric Ojiekwe in a statement quoted the Minister as saying that to make that possible, it would involve clearing the waterways and fortunately, the Ministry has found a company that was ready to do that sometime in November, this year.

“We have a dream in the Ministry to move containers from Marina in Lagos to Onitsha in Abambra State and even to Baru in Niger State. That will entail channalization and channel management of the routes from Lagos through the intra-coastal routes to land rivers up to Onitsha along the river Niger up to Baro,” the Minister informed.

On the issue of the Costal Railway line that should run from Lagos to Calabar, the Minister said what is stalling it is funds as the China Civil Engineering Construction Company (CCECC), Contractor handling the project is unable to provide the 85% of its counterpart funding while Nigeria is to provide 15%.

He, however gave the assurance that the Ministry has identified an investor that was willing to provide the funds and the Ministry was in talks on how to share the works between the investor and CCECC, the initial contractor.

Answering a question on how to deliver the National Development Plan 2021-2025 as regards transportation, the Minister said: “The plan that we have under the 25 years Railway Modernization Plan is to connect every State capital by rail”.

NNPC Records 43% Drop In Oil Pipeline Vandalism In May