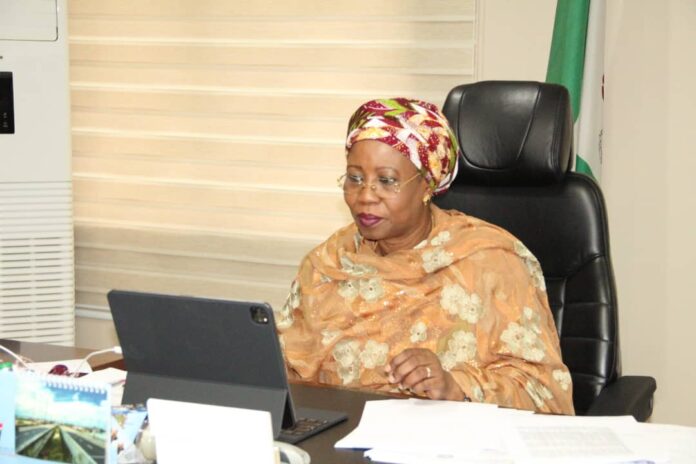 The Minister of State for Industry, Trade and Investment, Amb. Mariam Yalwaji Katagum has said that the Federal Government is  committed to the growth of Micro , Small and Medium Enterprises (MSMEs) for enhanced contribution to the nation’s Gross Domestic Product (GDP).

The Summit was themed “The Role of Entrepreneurship, MSME and Empretec in post COVID-19 Resurgence.”

According to the Minister, the Federal Government had rolled out various interventions to reposition MSMEs for increased and sustained contribution to the national economy in the wake of the COVID-19 pandemic.

“As we are all aware, the MSME sector is the engine of growth of any economy, contributing to its development, job creation and export, amongst others.

“An MSMEs survey indicates that Nigeria’s SMEs contribute nearly 50 percent of the country’s GDP and account for over 80 percent of employment. No doubt, the sector is pivotal to Nigeria’s growth, including reducing poverty and unemployment levels.

“It has, therefore, become more apparent that supporting entrepreneurs and small businesses by creating opportunities for MSMEs to thrive is essential for increasing productivity, creating jobs, and boosting our economy.

“This is why Government is working with stakeholders across all sectors, to create the enabling environment for entrepreneurs and MSMEs to ensure that they grow now and into the future,” the Minister stated.

Amb. Katagum said that the Federal Government was repositioning the MSMEs to compete globally with their counterparts, through effective implementation of policies and programmes.

She added that the Federal Government, through its Economic Sustainability Committee, had rolled out specific programmes aimed at cushioning the impact of COVID-19 on MSMEs businesses.

According to her, the programmes include, the Survival Fund and Guaranteed Off-take Schemes, which are managed by a Steering Committee in the Federal Ministry of Industry, Trade and Investment.

“The Government of Nigeria had, prior to the outbreak of COVID-19, initiated the MSMEs Clinics’ scheme as a strategy, aimed at providing support for the MSMEs in the country.

“At the clinics, which is organised in various States of the country,  operators in the MSMEs space are engaged by regulators and business advisory experts, on issues ranging from entrepreneurship, skill development, finance, quality & standards, and on how to facilitate and grow their businesses and enterprises.”

The Minister further stressed that in order to achieve sustainable growth and  development of MSMEs, the Federal Government  had recently approved the revised National Policy on Micro, Small and Medium Enterprises  (MSMEs) which would provide the framework to resolve the  challenges faced by the sector.

Amb. Katagum also added that the Ministry has commenced engagement with stakeholders with a view to enriching the draft National Policy on Startups which is designed to reposition the nation’s  start- ups to be major contributor to the nation’s Gross Domestic Product (GDP).

The Minister commended Empretec Nigeria Foundation and other stakeholders for their continued commitment to the plight and progress of entrepreneurs and the MSMEs.

Border Closure Policy: Why We Exempted Dangote, BUA, Others -FG

MSMEs Must Leverage On Technology For Growth-Osinbajo