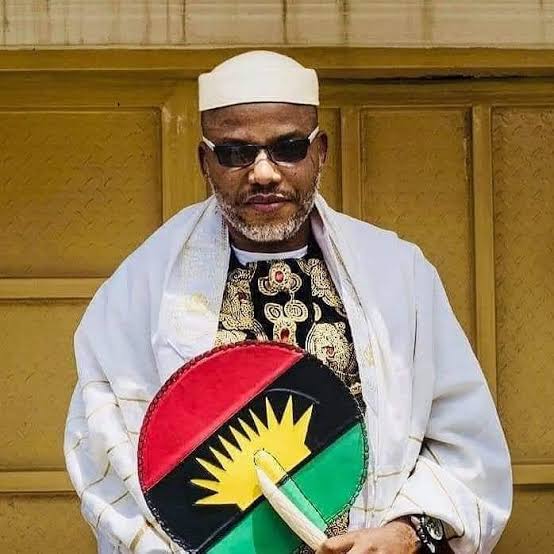 The Federal Government has said all the collaborators of the leader of the proscribed Indigenous People of Biafra(IPOB), Nnamdi Kanu would face the full wrath of the law.

The Minister of Information and Culture, Lai Mohammed, stated this on Thursday at a press briefing in Abuja.

TheFact Nigeria recalled that Nnamdi Kanu was re-arrested on Sunday and repatriated back into the country.Already,the federal high court in Abuja has ordered that the IPOB leader be remanded in a Department of State Services (DSS) custody, pending his trial in July.

The minister said irrespective of the collaborators’ standing in the society, they will all face the full wrath of the law for challenging the nation’s sovereignty and unity with their activities.

He said, “While the investigation continues, we assure you that none of the collaborators, irrespective of their standing in the society, will be spared.

“They will all face the full wrath of the law for their activities that challenge our nation’s sovereignty and threaten its unity.

“No one, no matter how highly placed, is bigger than the country.”

The minister also faulted those calling for fair trial for the IPOB leader, saying he jumped bail when he was granted one.

The minister added, “It is interesting that many are suddenly calling for a fair trial for Kanu as if he didn’t get one before he decided to jump bail and flee.

“However, I can assure you that the fair deal that Kanu denied many of the victims of the violence which he wilfully instigated through his broadcasts and tweets will not be denied him.”

Mohammed refused to give details of how and where Kanu was re-arrested.

He however admitted that the re-arrest was made possible by the diligent efforts of security and intelligence agencies in collaboration with undisclosed countries.

He described Kanu’s re-arrest as one of the most classic operations in the world.

He added, “There have been speculations on how this re-arrest was pulled off and in which country the hitherto fugitive leader of the proscribed IPOB was nabbed.

“What we can tell you, once again, is that the re-arrest was made possible by the diligent efforts of our security and intelligence agencies, in collaboration with countries with which we have obligations. We continue to respect and honour the obligations.

“The Federal Government wishes to commend the Nigerian security and intelligence agencies, who collaborated to re-arrest the proscribed IPOB leader in one of the most classic operations of its type in the world.

“We commend the professionalism, diligence, patriotism and painstaking efforts of our security and intelligence agencies. We also thank the sister international agencies that collaborated with us to pull off this arrest.”