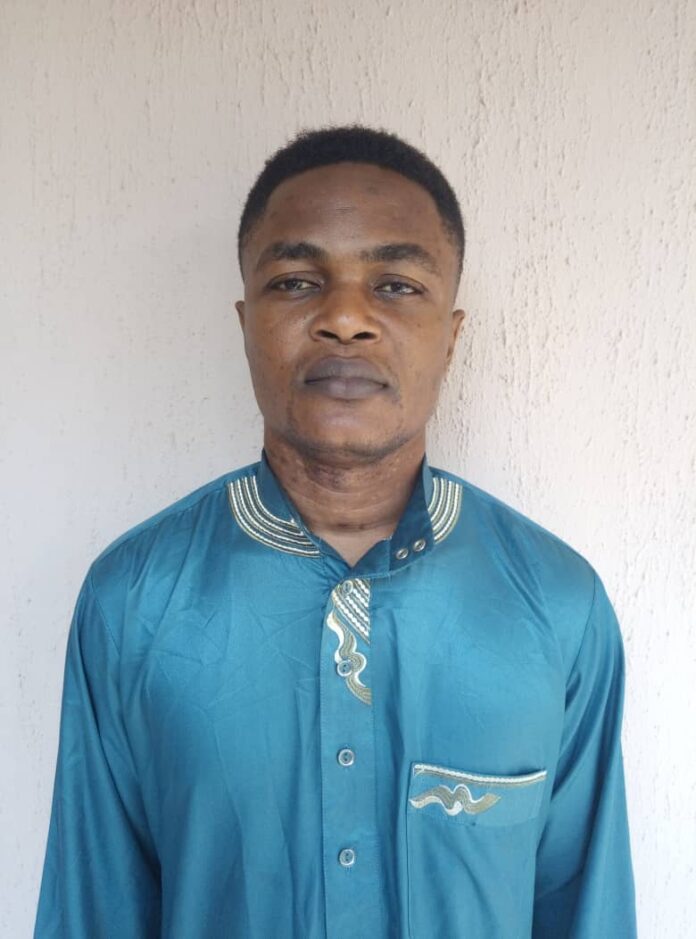 Operatives of the Sokoto Zonal Office of the Economic and Financial Crimes Commission, EFCC, have arrested the operator of a Ponzi Scheme, Inks Nation.

According to a statement issued today by the Commission’s Head of Media and Publicity, Mr. Wilson Uwujaren, the suspect, Omotade-Sparks Amos Sewanu, was finally arrested on Thursday May 27, after several months of being on the run, and has made some useful statements.

Omotade-Sparks, an indigene of Badagry, Lagos State, was declared wanted by the EFCC in November 2020 after efforts to apprehend him failed. He is the alleged mastermind of a huge pyramid investment scheme through which many citizens were defrauded of monies to the tune of over Thirty Two Million Naira.

He had floated a phony online digital currency called “Pinkoin” which lured many Nigerians to invest between One Thousand Naira to One Hundred Thousand Naira with a promises of unrealistic returns and went ahead to distribute a payment card called “Pink Card” to further confuse his victims.

Omotade-Sparks equally made false claims that he was in partnership with the EFCC to persuade people to invest in his devious scheme.

The scammer was not licensed to operate a financial institution, and will be arraigned in Court at the conclusion of investigation.

Three-Day Prayer For Late COAS And Others Begins In Abuja

Twitter Ban In Nigeria: How Long Do We Have To Wait?