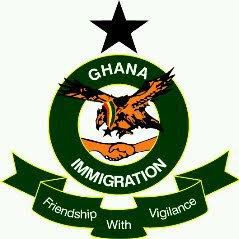 Ghanaian officials have warned that jailed inmates and jihadists who escaped during a massive attack on a Nigerian prison this week may try to enter the country, according to a government communique.

Hundreds of inmates and nearly 70 jihadists escaped when gunmen using explosives blasted into the Kuje prison near Nigeria’s capital Abuja on Tuesday, in an assault claimed by the Islamic State militant group.

The raid was a major blow to Nigeria’s overstretched security forces after Islamist militants showed they can carry out a sophisticated operation just 40 kilometers (25 miles) from the presidential villa.

Nigerian prison authorities say most inmates have been recaptured, though the whereabouts of most of the escaped Boko Haram militants and other jihadists was unclear.

Ghana’s immigration service ordered its officials to tighten controls and intensify border patrols to help stop infiltration by escapees, according to a communique to commanders dated Friday and seen by AFP.

“Considering current migration trends of Nigerians within the sub-region, it is likely most of the escapees will attempt to enter Ghana through approved and unapproved routes,” it said.

Nigeria and Ghana are separated by smaller, French-speaking Benin and Togo, but road and air travel between the two English-speaking West African states is common and Nigerians usually require no visa for Ghana.

Both countries are members of the 15-member Economic Community of West African States (ECOWAS) bloc, which officially allows visa-free travel among members.

The Nigerian government blamed Boko Haram fighters for this week’s jail attack, a general term used sometimes by officials referring to jihadists, but the Islamic State group claimed responsibility for the operation in a statement.