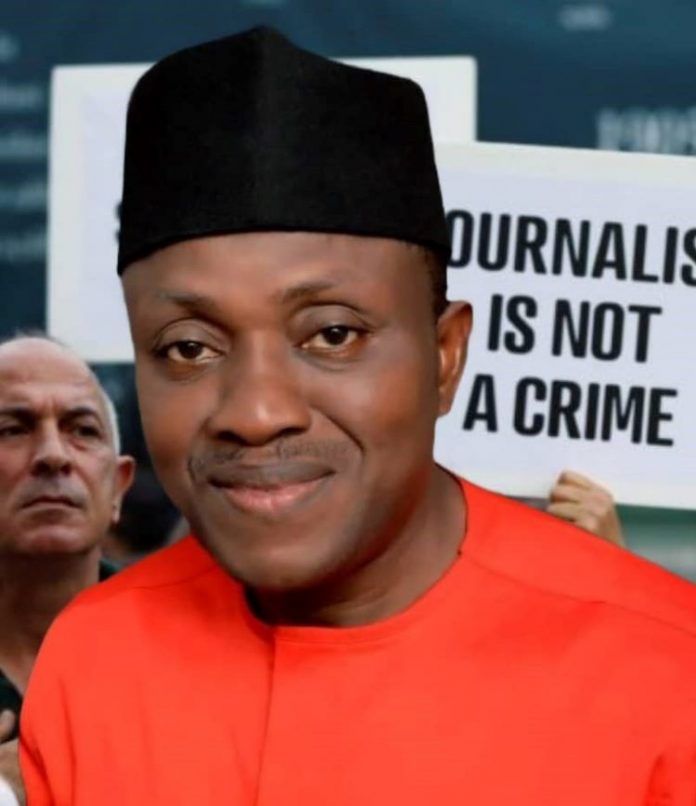 The Diplomatic Correspondents Association of Nigeria(DICAN) has called for the immediate release of Nelson Omonu, a publisher and staff of the Summit Post online Newspaper, tagging his arrest as illegal and unacceptable.

Their request was conveyed in a press statement signed by DICAN chairman, Mr. Amadin Uyi on Sunday, January 2, 2022.

TheFact Nigeria gathered that Mr Omonu was arrested in his Abuja residence on
Saturday December 1, 2021.

The statement read in part:

“The Diplomatic Correspondents Association of Nigeria has received with shock and disdain the illegal arrest of one of it’s members Nelson Omonu, a publisher and staff of the Summit Post online Newspaper by the government of Katsina state.

“The Association while expressing extreme disappointment at the conduct of the state government and security operatives who were used to perpetrate the act wholly condemns the action by the state government as its member has committed no crime apart from being a Journalist practicing in Nigeria.

“The Association while expressing extreme fear and unease when it remembers the murder of Mr Tordue Salem, a Journalist with Vanguard newspaper in 2021 who disappeared under mysterious circumstances only to be declared dead by the Police after several weeks in captivity, demands the unconditional release of Mr Omonu and calls on the Nigerian government to severely sanction all those involved in this despicable crime against humanity.

“It is on record that with data released by the reporters without borders in 2021, Nigeria currently ranks 120 on the World Press Freedom Index out of 180 countries ranked, a drop of five spots from its ranking in 2020.

“The ranking shows that Nigeria continues to be one of the most dangerous places to practice Journalism in West Africa and the world at large, a situation made possible by action like these from the Katsina state government which resolves to apply unorthodox methods of gross intimidation, illegal arrests and bullying to silence the press in the face of glaring mis-governance and widespread insecurity in the state.

“The Association states that if Mr Omonu is not released unconditionally within the next 24 hours, it will send petitions to the United Nations, the United States government, the US congress, the European Union and all relevant international partners to sanction officials of the Katsina state government and the Police involved in this despicable act against it’s member and shameful crime against the freedom of the Press.

“Mr Omonu has committed no crime except being a practicing Journalists in Nigeria and any government official not happy with reports from his online newspaper should approach the courts of law to test his popularity with the courts.

“Besides, Nigeria is a country with laws and signatory to international conventions on press freedom and human rights and should not be abused by self-serving politicians who are currently benefitting from a hard fought democracy to which the press was in the forefront of those that paid the ultimate price for freedom”, it read.