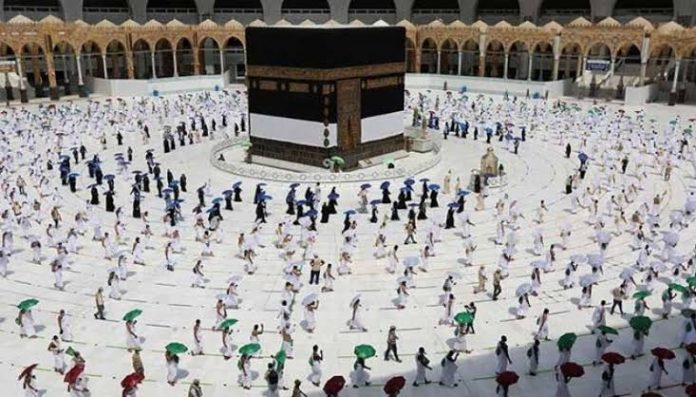 The Federal Capital Territory Muslim Pilgrims Welfare Board has completed 2022 hajj operation, without recording any casualty and abscondment among the FCT contingent that participated in the religious exercise.

According to a statement from the Board’s Public Relations Officer (PRO), Muhammad Lawal Aliyu, yesterday, the airlift of FCT pilgrims to Saudi Arabia had commenced on 10th June, and the entire contingent was conveyed to Saudi Arabia in 5 flights, which ended on 3rd July with a total of 1,918 Pilgrims.

It revealed that with no serious health challenges from pilgrims while in the holy land, the exercise ended successfully with the return of its last set of worshippers from Saudi Arabia, of the return journey, which commenced on 15th and rounded up on Sunday, 31st July, 2022.

Danmallam noted that with the return flights recorded so far from Saudi Arabia, the Board has returned all the FCT contingent that participated in the religious exercise this year.

He explained that all the contingent have exhibited maturity and good conduct throughout the exercise as good ambassadors of the Territory and the country at large.

Furthermore, he commended all the staff who served the pilgrims tirelessly throughout the operation to ensure the successes recorded during the entire exercise.

Danmallam also expressed appreciation for the support the Board received from the FCT Administration and in particular the Minister of State, FCT, Dr. Ramatu Tijjani Aliyu throughout the exercise.

He added that the Administration has provided not only the enabling environment but also finances as well as necessary logistics to the Board in order to adequately cater for the welfare of the pilgrims.