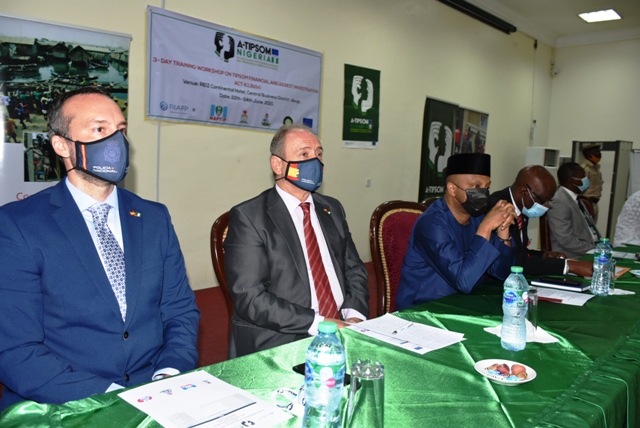 The Executive Chairman, Economic and Financial Crimes Commission, EFCC, Abdulrasheed Bawa, has advocated for the strengthening of investigation and prosecution activities as a measure to curb the menace of human trafficking and smuggling.

Bawa stated this yesterday, 22 June, at the opening of a 3-day training workshop on Financial and Asset Investigation for Officers of National Agency for Prohibition of Trafficking in Persons, NAPTIP, Nigeria Immigration Service, NIS, and the Nigeria Police Force, NPF, at Reitz Continental Hotel, Abuja.

According to him, strengthening prosecution will “uphold the rule of law, ensure community safety, protect victims and help to prevent future crimes by convicted offenders”.

The EFCC boss who spoke through the Commandant, EFCC Academy, Ayo Olowonihi, emphasized the need to train and equip investigators in order to stop financially motivated crimes.

“It is obvious that most trafficking in persons and smuggling of migrants regardless of type is motivated by the financial incentive in mind”.

He said the training of officers saddled with the investigation of human traffickers will greatly enhance the achievement of the Five-Point agenda (Policy, Prevention, Protection, Prosecution and Partnership) adopted by the United Nations and other countries, including Nigeria.

The team leader of the Action Against Trafficking in Persons and Smuggling of Migrants, A-TIPSOM, Rafael Rios Molina, who was represented by Joseph Sanwo, Senior Project Officer, A-TIPSOM/FIIAPP, said, “Agencies have been working hard to ensure that they get conviction of the traffickers and smugglers but that is not enough. We want to make sure that they are stripped of the financial gains they have made through this ill-gotten wealth”.

He assured that they will support Law enforcement agencies all over the world in the task of stopping the trafficking and smuggling of persons. 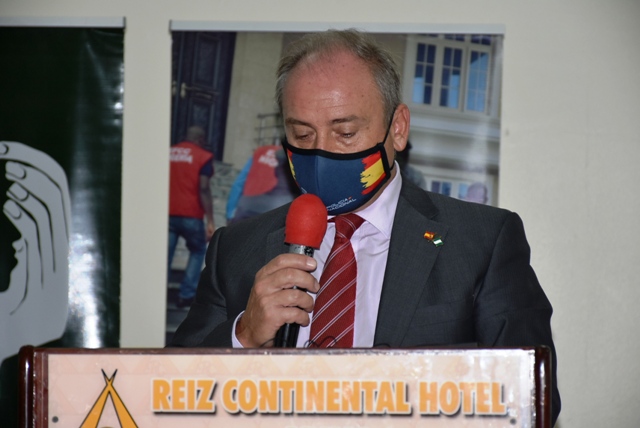 The Director General, NAPTIP, Senator Basheer Mohammed, in his remarks, noted that human trafficking is rated after drug trafficking as the largest criminal activity in the world.

“By the clear provision of section 53 of the Trafficking in Persons Prohibition and Enforcement Act, 2015, the Agency (NAPTIP) is mandated to investigate assets and properties of an arrested person,” he said.

He disclosed, after the training workshop, that, “NAPTIP will establish a financial investigation unit to be domiciled in the investigation department to ensure that proceeds of trafficking in persons are traced and forfeited to the Federal Government.”

The Spanish Embassy representative, Mr. Lorenzo Fages, in his remark, appreciated the efforts of all the agencies involved in the anti-human trafficking fight.

“Proper co-ordination among the law enforcement agencies will greatly help in achieving the objective of stopping human trafficking”, he said.