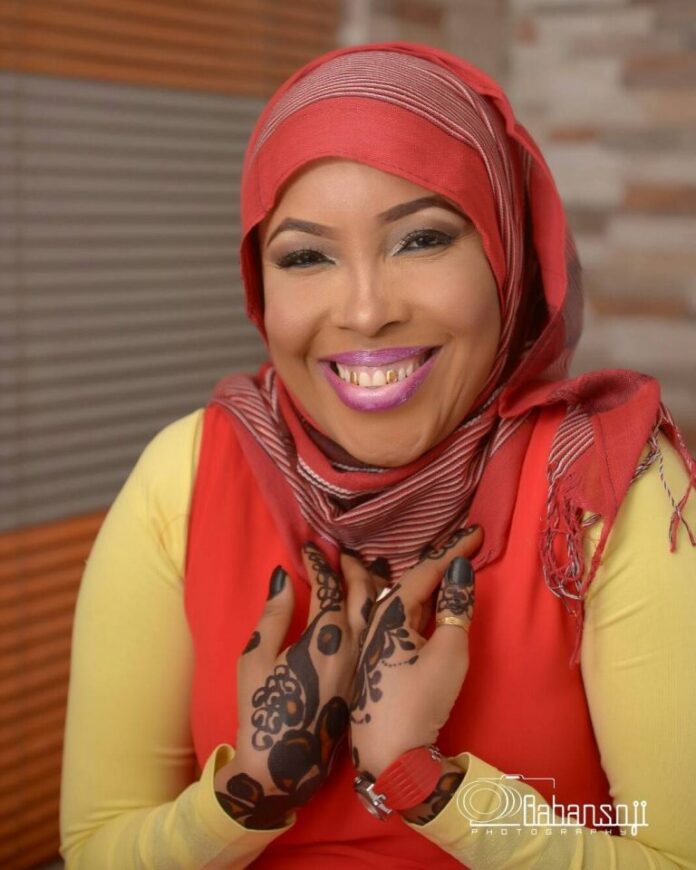 A popular Kannywood actress, Ummi Ibrahim has opened up on what pushed her to contemplate committing suicide. According to her, she lost of N450million to a conman. The loss, in what she deemed to be her biggest investment, had made her fall into depression.  She shared her financial agony in an interview with Baraka Bashir, on VOA Hausa at the weekend. She said the conman had been her business partner for some time, until he showed his true color, after tempting her with crude oil business.

“I didn’t know the man is a fraudster. He defrauded me of the huge amount of money and ran away. I sent him N450 million in dollars and he left with it. “I called his number severally but it is switched off. When I checked his social media accounts, I found out that he had blocked me in all of them.” “I now live in Lagos. It was here that I met him and this is not the first time I had done business with him.

“What surprised me was that he came with some Europeans to prove to me that the business was real and a serious one. So, I never believed he will cheat me.” Last Sunday, Ummi had shared with her Instagram followers her agony.

“This days i live a MISERABLE life to the extend(sic) that I want to commit SUICIDE ,but please non of any body should ask me why ? “All I need from you people is a PRAYER”, she wrote.

Her post earned a rebuke from Senator Shehu Sani, who wrote: “You think of your Life as miserable while you are an inspiration to millions of others.You are a height and a destination others want to reach.There is no perfect life and no life without trouble.It just come to us in different forms and different degrees.

“Nature has never promised us a life without challenges and troubles,but it has given us the soul to confront them and the spirit to overcome them.What defines us is not our crisis and problems but how we embrace it and stood up to it.

“When your life is guided by the powers of faith and not vanities,nothing over excites you or saddens you;and nothing ruins you.Every man has an app in him and her to defy the odds of life by viewing them as a passing phase.
You many not see the frustrations and pains of others not because they don’t have it,but they have the powers to suppress or conceal it.

“When you feel like given up because you failed and you try and failed again, be comforted the God of those who succeeded is still the God you are praying to. “Never measure your life in terms of physical failures and successes but always appreciate the Journey and the modest impact you made in the life of others.

“The rich and comfortable man you think Is happy is indeed physically happy but inside of him exist mountains of fears and troubles concealed in a wrap of vanities”. Ummi carved a name for herself in Kannywood in the last decade.

She starred in popular films such as “Gender,” “Gambiza” and “Flag of Love”. And then suddenly stopped acting.