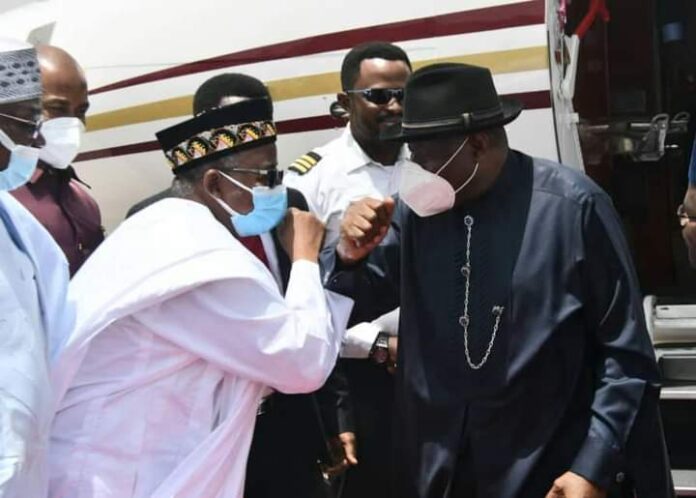 The former president who announced this on Tuesday via his verified Facebook page said he is delighted over the people- oriented projects been implemented by Governor Bala Mohammed.

TheFact Nigeria reports that, the Emir of Bauchi, Dr Rilwanu Adamu and the members of the Bauchi Emirates council also conferred on him, the title of Jigon Bauchi during his visit.

Jonathan said, “I am grateful to the Government and the good people of Bauchi State for naming the Sabon Kaura to Miri Road after me.

“Today, I joined the State Governor, Senator Bala Mohamed and other distinguished sons and daughters of the state at the official commissioning of the Goodluck Jonathan Bye Pass. I am pleased that the Governor is implementing people-oriented projects with the aim of improving the lives of the citizens.

“I thank the Emir of Bauchi Dr. Rilwanu Suleiman Adamu and members of Bauchi Emirates Council for the warm reception and for conferring on me the title of Jigon Bauchi during the visit.