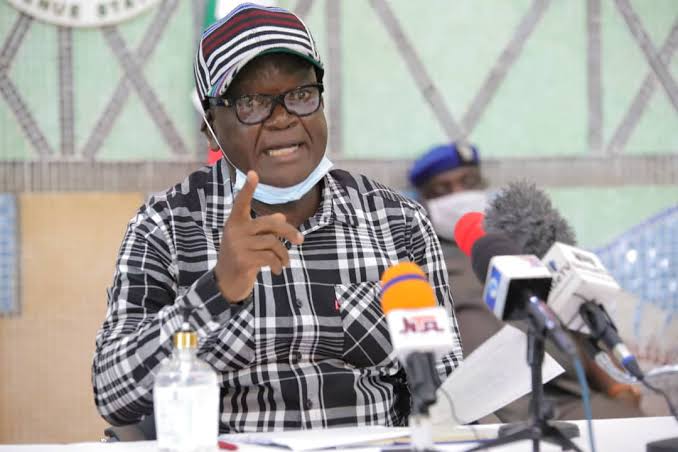 Governor Ortom has said that prior to the Saturday attack, he had received intelligence report that the leadership of Miyetti Allah Kautal Hore, which met in Yola, Adamawa State, recently singled him for elimination.

The governor said that but for the swift response of his security aides, the attempted attack on him would had been a different story.

Ortom said these in Markurdi while addressing journalists and supporters at the Benue Peoples House (Government House), over the incident.

The Governor said that the Miyetti Allah Kautal Hore resolved at their meeting that he was a thorn in their flesh, and therefore, he must be eliminated.

“It took the swift response of my security aides to repel the attack, while I ran for a long distance to escape unhurt,” he said.

The Governor said that the attack on him by suspected militia herdsmen took place in his farm located in Tyo-mu, along the Makurdi-Gboko road.

“I was inspecting the farm when suddenly, the militia herders, who dressed in black and had laid ambush for me and my security men, opened fire,” Ortom said.

The Governor therefore said that his life was in the hands of God, so no Fulani militia had the power to take it without God’s permission.

He said: “As many times as they will try, they would continue to fail since we are standing on the truth”.