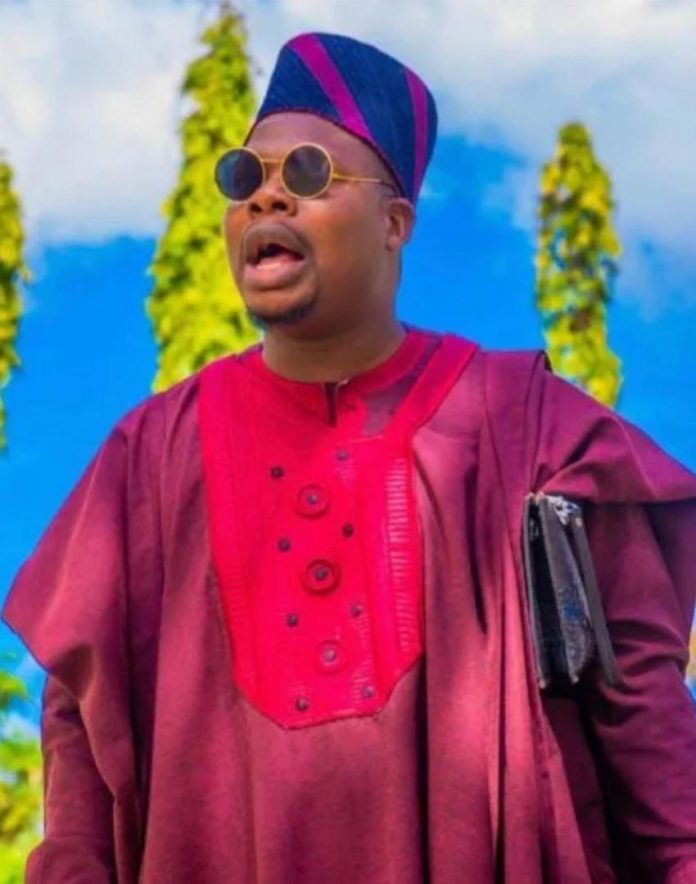 Popular Instagram comedian, Debo Adedayo well known as Mr Macaroni, has revealed the ordeals he passed through while getting university education.

The comic actor disclosed that he attended four different institutions before he finally completed his degree program.

He indicated that some people began to think he had spiritual problems because of the kind of problems he was facing.

Despite the challenges he faced, he was quick to note that his parents stood by him and supported him all through those trying times.

He tweeted this while praying that his parents reap the fruit of their labour.

He wrote:“I went to four different universities. And all through those years, my parents stood by me. Even when some people were telling them that I had spiritual problems. May all our parents reap the fruits of their labor and sacrifice. Amen”. 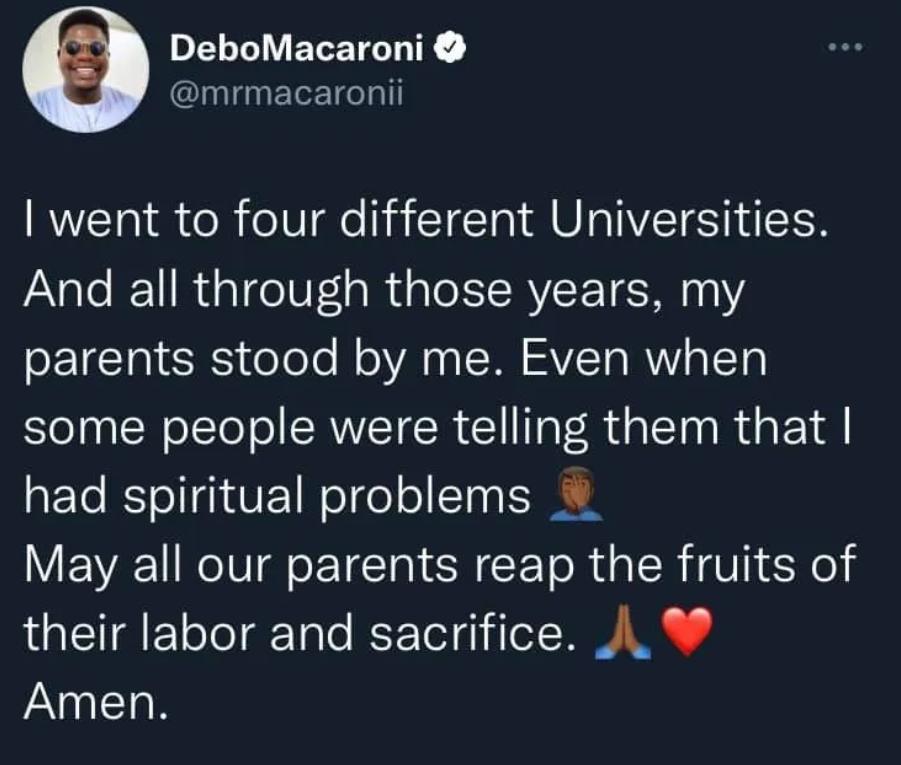